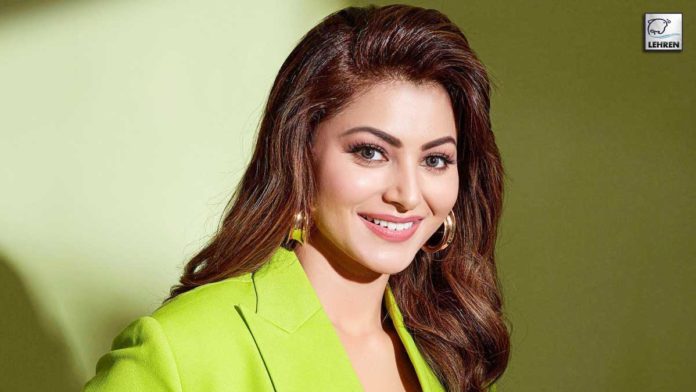 Bollywood’s youngest superstar Urvashi Rautela is known for its strong social media game. After crossing 39M Instagram followers recently, the actress made headlines. The style statement of Urvashi Rautela is the talk of the town, and her fitness routine is awaited with great anticipation by her fans. She is considered an all-around actress and is successful at everything she does.

In the aftermath of the devastating coronavirus pandemic that hit the whole world, everybody is looking forward to the Olympics games 2021 in Tokyo, which will lighten their hearts. Having love and support for the country, Urvashi Rautela expressed it on her social media. The actress shared a video from Olympic’s Instagram page, which featured an inspiring video of Indian boxer Mary Kom, Urvashi Rautela stated, “All the best India and to all the athletes’ world”. In addition to wishing everyone success, Urvashi Rautela herself is training rigorously for her action movie and understands the effort required to reach a satisfactory level.

On the work front, Urvashi Rautela will be making her Tamil debut with a big-budget sci-fi Tamil film in which she will be playing the role of a microbiologist and an IITian, and later she is going to appear in a bilingual thriller “Black Rose” along with the Hindi remake of “Thirutu Payale 2”. The actress recently got a blockbuster response for her song “Doob Gaye” opposite Guru Randhawa and “Versace Baby” opposite Mohamed Ramadan. Urvashi is starring in a lead role in Jio studio’s web series “Inspector Avinash” opposite Randeep Hooda, which is a biopic based on the true story of super cop Avinash Mishra and Poonam Mishra.