As Twitter CEO Gets Fired, Kangana Ranaut Says She ‘Predicted’ It 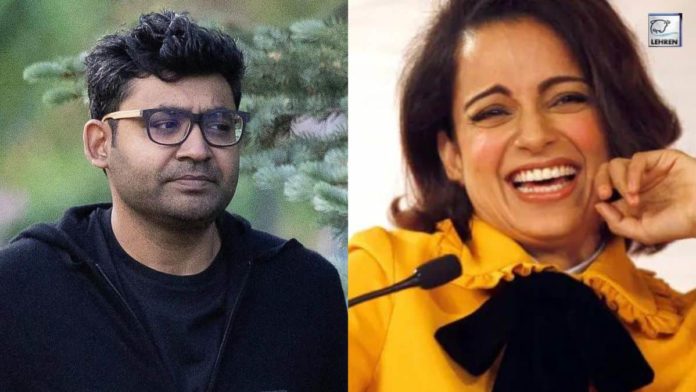 Kangana Ranaut celebrated the news of Parag Agrawal being fired from his position as Twitter CEO.

Bollywood actress Kangana Ranaut took to her Instagram stories and made a comment on Twitter CEO Parag Agrawal being fired after the takeover by Elon Musk.

On Thursday, Tesla CEO and the world’s richest man, Elon Musk became the new owner of Twitter. After the acquisition, he fired Twitter CEO Parag Agrawal and CFO Ned Segal among other top executives.

Kangana celebrated the news of Parag being fired from his position as CEO of Twitter. She also shared a screenshot of a tweet that showed her name at the top of the Twitter trends. Sharing it, the actress wrote, “Trending since morning I had predicted the doom of ex Twitter heads long ago…. Another prediction came true.”

In her next Insta story, she mentioned, “I always predict things that are yet to happen in distant future …. Some call my foresight X-rays, some call them my curses and some call it witchcraft…. For how long are we going to dismiss a woman’s genius like this. It’s not easy to predict future it takes remarkable recognition and interpretation of human instincts also great observational skills… above all, it takes dissolution of one’s own likes and dislikes for crystal clear objectivity to study the subject one wants to predict about.”

On the work front, Kangana is currently busy with her upcoming film “Emergency”. It features Kangana along with Anupam Kher, Satish Kaushik, Milind Soman and Mahima Chaudhry. It is directed by Kangana under her home production banner “Manikarnika Films”.

Must Read: Jaya Bachchan Is Cool With Granddaughter Navya Having A Child Without Marriage?