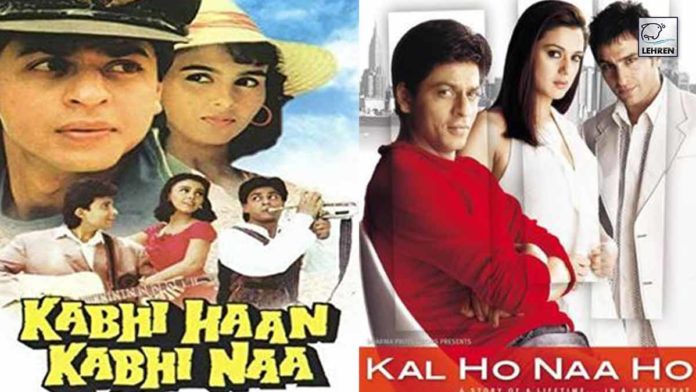 As Shah Rukh Khan celebrates his 55th birthday, let’s take a trip down memory lane and remember some of the excellent work by the iconic actor. Below are the top 6 must-watch/best movies of SRK.

The superstar of the Bollywood industry Shah Rukh Khan celebrates his 55th birthday today (November 2). After making his debut with Deewana in 1992 the incredible actor has come a long way in his career. King Khan has starred in more than 80 movies in his career span of 28 years. Shah Rukh Khan is not only an icon in India but he is also recognized worldwide. There’s indeed no doubt that SRK has many successful films under his belt but here are a few must-watch movies of King Khan.

With numerous accolades to his names, including 14 Filmfare Awards, it is definitely hard to pick the must-watch movies of SRK because all of his movies are a gem.

Here’s a list of top 5 must-watch movies of SRK:

The film released in the year 1998 went on to clinch a National Award. The film starring Shah Rukh Khan and Manisha Koirala is set against the backdrop of the insurgency in Northeast India. In the film, SRK plays the role of Amar who on his way to Assam meets a mysterious woman played by Koirala. As the story goes further Amar falls in love with the mysterious woman. However, she doesn’t reciprocate the feelings as she is secretly a part of a terrorist group. It was the sad ending of the movie that struck a chord with the audience. The songs in the movie composed by legendary AR Rahman are to date echoing in everyone’s mind.

The 1994 film starring Shah Rukh Khan opposite Suchitra Krishnamoorthi and Deepak Tijori is a cult classic. The film unlike many other of SRK’s movies doesn’t have a cliché ending. The film teaches the lesson of letting go of love. In the movie, Shah Rukh Khan’s character Sunil is madly in love with Anna played by Suchitra who loves Chris (Deepak). In the end, our hero Sunil lets go of Anna and reunites him with Chris. This special gesture of Shah Rukh won the hearts of the audiences. This film is among the must-watch movies of SRK.

The 2003 film starring Preity Zinta, Saif Ali Khan opposite Shah Rukh Khan holds a special place in every cinema buff’s heart. Kal Ho Naa Ho is a movie that one has to watch with tissues within reach no matter how many times you’ve watched it before. The film won multiple awards including two National Awards in the year 2005. This movie is a gem and every SRK fan has watched it multiple times.

A couple of days back, DDLJ celebrated 25 glorious years of its release. The film starring Kajol and Shah Rukh Khan is a jewel of the Bollywood industry. It is also one of the longest-running films in the history of Indian cinema. The on-screen chemistry between Raj (SRK) and Simran (Kajol) wooed the audiences. It was efforts by Raj to fight against all odds for his ladylove are what the audiences root for. The film released in 1995 still is running successfully in Mumbai’s Maratha Mandir.

The 2004 film is about Mohan played by SRK return to his homeland India. A scientist working with NASA returns to India to meet his nanny Kaveri Amma. It is upon his return to his hometown Charanpur in Uttar Pradesh that he realises that the village is divided on caste and religious reasons. Mohan then makes a promise to bring about the much-needed improvement in the village. He succeeds in doing so and then returns to the US. However, over there he starts to miss his nanny and his ladylove in India. So, Mohan quits his job at NASA and returns to India. The songs of the film composed by AR Rahman also add more charm to the movie.

The 2016 film starring Alia Bhatt and Shah Rukh Khan is one of the cult classic movies of recent times. In this movie, SRK doesn’t play the role of a romantic hero. Instead, he plays the role of a psychologist who helps Kaira (Alia) in rediscovering herself and life. The film deals with modern-day issues and also displays taboo mental-health issues with ease.

Well, it was hard to pick only six of the films among the many super hit films of Shah Rukh Khan. Comment below any of your favourite SRK movies that you want everyone else to watch.