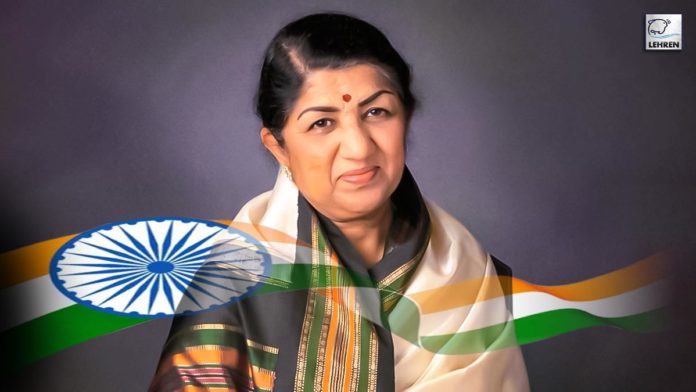 'Ae Mere Watan Ke Logon' is the perfect song to hear on Republic Day and also one of the most beloved patriotic songs of the late legendary singer.

Today is the 74th Republic Day of India. The Republic Day of India is celebrated every year on 26 January. The day on which, in 1950 our constitution came into force. As we celebrate the day with pride, full of happiness on our faces, and hearts, let’s revisit some of the classic patriotic songs sung by the ‘Nightingale of India’ and late singer Lata Mangeshkar. On this special day, let’s rewatch her classic, songs (Lata Mangeshkar desh bhakti song) including Aye Mere Watan Ke Logon and Mera Rang De Basanti Chola.

Ae Mere Watan Ke Logon is the perfect song to hear on Republic Day and also one of the most beloved patriotic songs of the late legendary singer. The piece was a tribute to the warriors who died during the Indo-China battle in 1962. The heart-wrenching melody brought tears to the eyes of that time Prime Minister of India, Jawaharlal Nehru.

The late singer won hearts with the Aisa Des Hai Mera. The song is based on India and Pakistan from the movie Veer Zaara. To top it all, Preity Zinta and Shah Rukh Khan’s acting is the cherry on the cake.

Another melodious song of Lata Ji spreads magic like no other has to be Mera Rang De Basanti Chola. The song is from the 1995 film Shaheed sung by Mukesh, Mahendra Kapoor, Lata Mangeshkar, and Rajendra Mehta. The song is incredibly emotional and the lyrics are so deep.

The prayer song composed by A.R. Rahman and sung by Lata Mangeshkar is super-special. It hails from the 2000 film, Pukar starrer Anil Kapoor, Madhuri Dixit, and Namrata Shirodkar.

Lukka Chuppi has definitely created a place for itself in everyone’s heart. The song is sung by A.R. Rahman and Lata Mangeshkar from the Rang De Basanti. The song is special for missing someone.

Do remember this when after Republic Day, do not throw the Indian flag or anything related to it anywhere. Happy 74th Republic Day from Lehren TV.