Top 5 Bollywood songs that India played on loop this week! 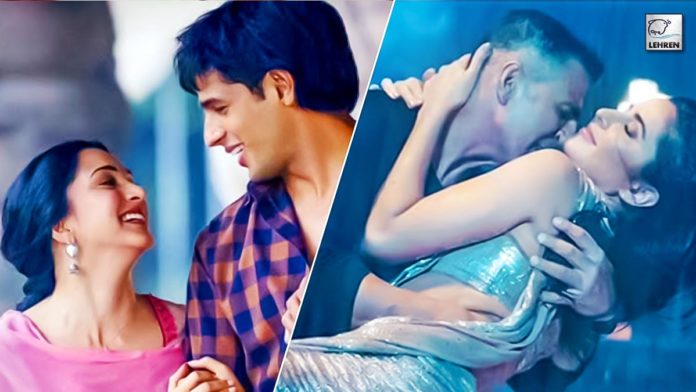 That beautiful feeling of a song being stuck in your head when you can’t help but listen to it on loop! Scroll to know what songs India loved this week!

Here we provide you with the list of songs that you’d surely find in your playlist, if not, it’s never too late.

This Siddharth Malhotra and Kiara Advani starrer sure made audiences weep at the climax but also gave one of the best romantic tracks of 2021. The song is crooned by Jubin Nautiyal and Asees Kaur Raatan Lambiyan song lyrics are penned down by Tanishk Bagchi while music is given by Tanishk Bagchi and the video is directed by Vishnuvardhan.

This 2.0 version of song has managed to create buzz as it did when it was released first many years back. Katrina’s killer moves and Akshay and Katrina’s chemistry is unmatched in the song. Originally the song is sung by Udit Narayan and Alka Yagnik and is recreated in this version by Tanishq Bagchi.

Another masterpiece from Shershah, The song is sung by B Praak and Jasleen Royal, and has music by Jasleen Royal while Anvita Dutt has written the Ranjha Lyrics. The music video of the Ranjha song is directed by Vishnu Varadhan, and it features Sidharth Malhotra and Kiara Advani.

Ishana meets the newly returned Ramisa. As their passionate romance brews, Ishana falls madly in love with her, but things turn out differently when the time comes to disclose the affair to their parents.

Nora Fatehi’s killer moves, Kusu Kusu from Satyameva Jayate 2 is a brand new Hindi song sung by Zahrah S Khan, Dev Negi and this latest song is featuring Nora Fatehi, John Abraham. Kusu Kusu song lyrics are penned down by Tanishk Bagchi while music is recreated by Tanishk Bagchi and the video has been directed by Milap Milan Zaveri.