This Person Played Cupid For Kiara Advani-Sidharth Malhotra After Breakup 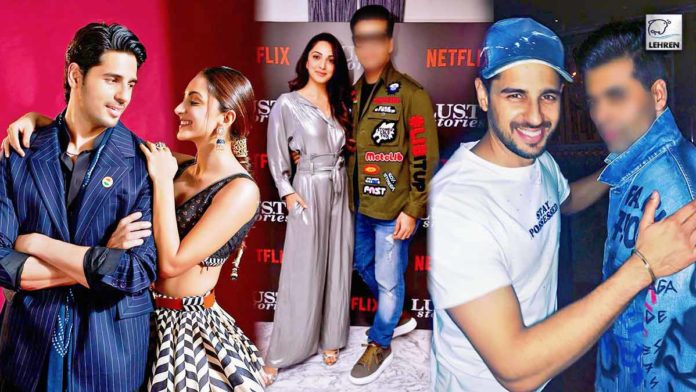 Find out who played cupid for Kiara Advani and Sidharth Malhotra after their breakup, helping the duo to mend differences.

Shershaah actors Kiara Advani-Sidharth Malhotra have been rumoured to be dating for a while now. The duo has marked its presence several times at various public events. Though the breakup rumors surrounded the couple soon after which they both mended their issues. While the person behind their patch-up was not known at the time, now according to the reports it is revealed that Filmmaker Karan Johar played the cupid for the two.

Filmmaker Karan Johar has shared quite a close relationship with both Kiara Advani and Sidharth Malhotra as both the actors have worked with the filmmaker. While recently they were even spotted together at his birthday party. While now according to the latest reports it has been revealed that the filmmaker played a cupid for the duo after their breakup. The filmmaker has been very close to the duo and wanted the duo to mend their differences. Wile Kiara and Sidharth have also shared a good bond so the duo decided to give another chance to their relationship.

According to the reports it is also being said that the relationship between the duo has been stronger than ever now. Now the couple is busy in their professional life and the duo will head for a vacation very soon.

The couple was last spotted at the Karan Johar’s birthday bash, from which a video of the couple had gone viral in which the duo seems to have been sharing a hug at the Karan Johar’s party. In the video, the Shershaah actor Sidharth was seen dancing with actress Kiara Advani while later in the video the actress grabs the actor by for a warm hug. The video featured the sensational duo sharing a hug which made their fans go gaga.