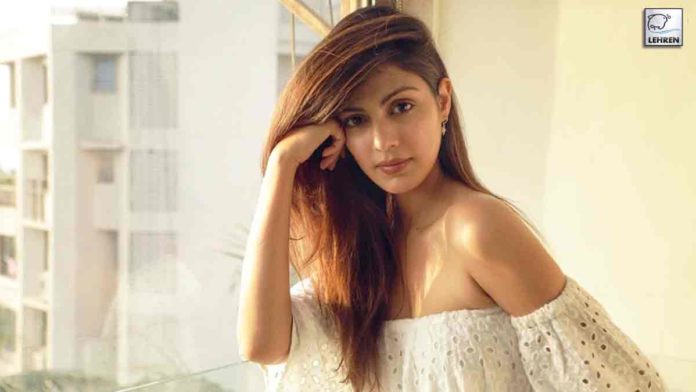 Rhea Chakraborty has made shocking claims in her bail petition. The hearing of the plea has been postponed due to the heavy rainfall in the city. Read below to know more.

The Sushant Singh Rajput case is getting murky day-by-day due to the shocking revelations. Ever since the sudden demise of the Chhichhore actor on June 14, 2020, the case has taken quite a lot of twists and turns. A while back, the late actor’s girlfriend Rhea Chakraborty was arrested by the Narcotic Control Bureau (NCB). It was for involvement in the alleged drug conspiracy angle in the case. The Jalebi actress later issued a bail petition. Now, certain sources have revealed what is mentioned in Rhea Chakraborty’s bail petition.

For the unknown, Rhea Chakraborty will stay in judicial custody till October 6. The Bombay High Court was to hear her bail plea today.

However, due to the heavy rains thrashing the Mumbai city the hearing will now take place on September 24.

Rhea Chakraborty is the custody of the drug control agency after her confession of having procured drugs for the late actor. She even allegedly admitted to having consumed illegal substances.

In her bail plea, Rhea has made some shocking claims that may turn the course of the Sushant Singh Rajput case. Rhea Chakraborty’s bail petition reportedly mentions that the Kai Po Che actor was the only consumer of the drugs.

It further adds, Sushant was directing his staff members to procure drugs. The actress also asserts that if the actor was alive today, he too would have been charged for consumption.

Speaking of the same, Rhea says that the consumption of illegal substances in small quantities is a bailable offence. It has also has a punishment of imprisonment for one year.

The 28-year old actress reportedly adds, “Consumer of drugs” would receive a jail term of upto one year, she, having paid for the drugs on a few occasions would be subjected to up to 20 years in jail.”

In Rhea Chakraborty’s bail petition, reportedly mentioned that Sushant Singh Rajput used her, and her brother Showik. He also used his household staff to facilitate his own alleged drug consumption habit.

The bail plea places emphasis on the fact that the late actor didn’t leave a trace while doing all of this.

Rhea’s bail plea reads, “It is unfortunate that Sushant Singh Rajput took advantage of those closest to him to sustain his drug habit.”

The plea reveals that Sushant’s cook Neeraj would roll ganja joints on the actor’s instructions. He would then place them in the actor’s bedroom.

In her bail plea, Rhea mentions, “Sushant was in the regular habit of smoking cigarettes with ganja.”

Speaking of Rhea Chakraborty, she is among the prime suspects in the case. The actress has been summoned not only by NCB but also by ED and CBI.