The Movie ‘Bhuj: The Pride Of India’Starring Ajay Devgn! 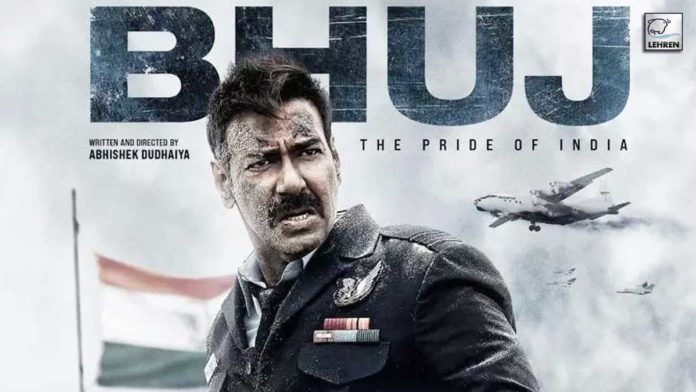 After creating some groundbreaking movies inspired by real-life heroes, this Independence Day, Ajay Devgn is all set to bring alive one of the most iconic events from our country’s history with the much-awaited war action movie, Bhuj: The Pride of India. The ensemble cast of the movie also includes Sanjay Dutt, Sonakshi Sinha, Ammy Virk, Nora Fatehi, and Sharad Kelkar in pivotal roles. The movie is inspired by the journey of the fearless IAF Squadron Vijay Karnik who was in charge of the Bhuj airport, and how he re-constructed an entire IAF airbase along with the help of 300 women from a local village in Madhapar to protect our country.

The trailer of this magnificent movie is all set to launch on 12th July 2021 and the motion poster of the movie released today gives a sneak peek into the world of the 1970s which promises powerful action sequences, heart-churning emotions, love, and patriotism towards our country and a mission that brings many brave people of Bhuj together for victory!

Presented by T-Series and  Ajay Devgn Films, Bhuj: The Pride Of India is produced by Bhushan Kumar, Kumar Mangat Pathak, Ginny Khanuja, Vajir Singh, and Bunny Sanghavi under the banner of Select Media Holdings LLP. The film has been written by Abhishek Dudhaiya, Raman Kumar, Ritesh Shah, and Pooja Bhavoria directed by Abhishek Dudhaiya, and is all set to release on 13th August 2021 only on Disney+ Hotstar VIP.