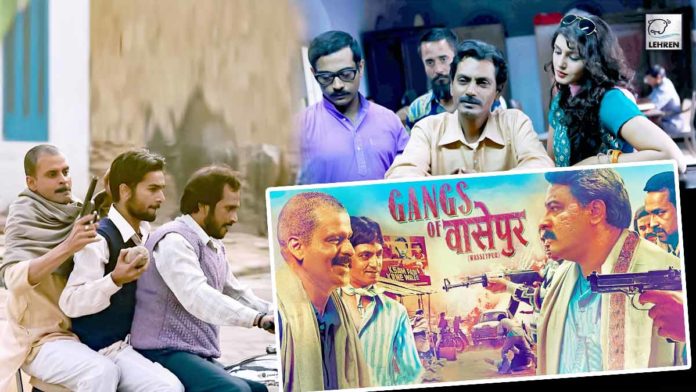 Gangs of Wasseypur has achieved cult classic status as it completes 10 years. The revenge saga was critically acclaimed receiving a positive response. Gangs of Wasseypur changed not just the landscape of Indian cinema but from writers to actors, the film made a star out of everyone who was part of the film. Directed by Anurag Kashyap part 1 of the film was released on June 22, 2012, while two months later in August the second part was premiered.

Despite being declared a flop at the box office the two-part intergenerational Gangs of Wasseypur is a huge hit among the audience. The movie however failed to make its mark on the big screens but later won the hearts of the audience. The actors, dialogue the screenplay still have an impact on the audience as the movie is now titled a cult classic. The movie ruled Indian cinema after getting pulled off from theaters.

Anurag Kashyap’s Gangs of Wasseypur happened to be the most influential Hindi film in the last decade. The crime drama has lasted its effect pure and fresh even after 10 years be it on films, actors, social media, and memes. The film changed what we perceived about cinema, and understood the taste of the audiences.

According to the film’s synopsis, the film is set in Wasseypur, a small town near Dhanbad in Jharkhand, the film series chronicles the story of the coal mafia spread across three generations of a family entangled in crime, extortion, and murder.

Directed and produced by Anurag Kashyap Gangs of Wasseypur has received many accolades in the last decade. Co-written by Kashyap and Zeishan Quadri the movie has left an influence on the audience with its quotable dialogues such as ‘Baap Ka, Dada Ka, Bhai Ka Sabka Badla Lega Re, Tera Faizal’, and ‘Tumse Na Ho Payega’. The soundtrack was composed by Sneha Khanwalkar and Piyush Mishra with lyrics penned by Mishra and Varun Grover. Songs ‘O Womaniya’, ‘Ik Bagal’ and ‘Kaala Rey’ helped the film further cement its cult status.

The team of the revenge saga Gangs of Wasseypur celebrated its iconic 10 years through social media. Manoj Bajpayee, who headlined the first part, and Kashyap shared several fan posts about the film on their Instagram Stories. Richa Chaddha penned a special note while Miyush Mishra shared his excitement via a post on Instagram posting a picture with Huma Qureshi.