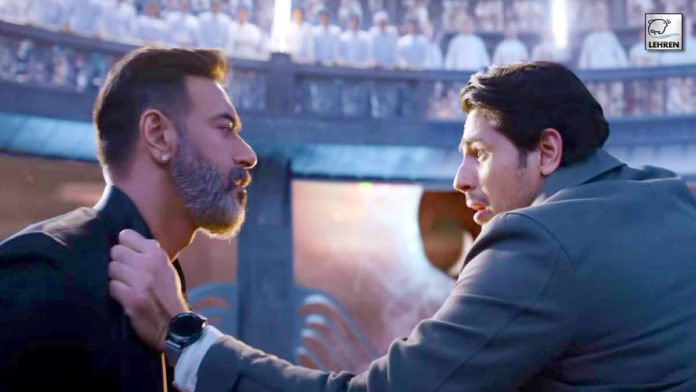 Thank God Box Office Collection: Ajay Devgn and Sidharth Malhotra starrer Thank God is now out in the theatres. The film was released today on 25th October alongside Akshay Kumar starrer “Ram Setu”. Despite opening up to mixed reactions the film started off slower than expected. Ever since its release, Sidharth-Ajay’s film has been struggling to maintain its pace. Even the weekend didn’t see much improvement for the films. Here’s how much Ajay Devgn and Sidharth Malhotra starrer Thank God has earned through the first week at the box office-

Thank God has now completed a week at the box office. As per the trade reports, Ajay Devgn and Sidharth Malhotra starrer earned 8cr on its opening day. The film saw a continuous dip throughout the week even on its first weekend the film couldn’t manage to earn decent figures at the box office. As per the trade reports, Thank God earned a total of 3.7cr on Saturday and 4cr on Sunday. The film further saw a major drop on Monday earning a total of only 1.65cr. It is now predicted that the film might end up collecting a total of 35-40cr as its lifetime collection.