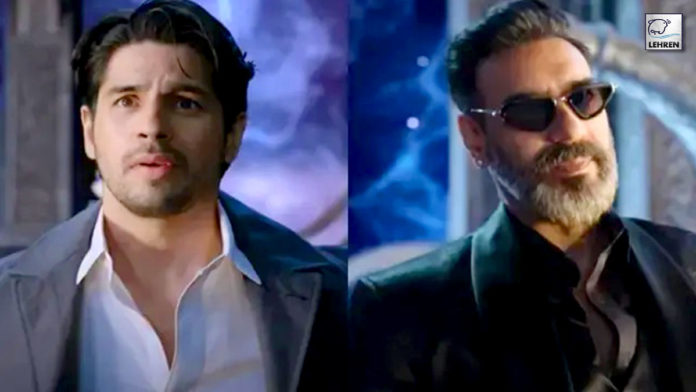 Thank God Box Office Collection: Ajay Devgn and Sidharth Malhotra starrer Thank God is now out in the theatres. The film was released today on 25th October alongside Akshay Kumar starrer “Ram Setu”. Despite opening up to mixed reactions the film started off slower than expected. The film collected a total of 8 cr on its opening day. Struggling to maintain the pace the film saw a dip on its third day at the box office. Here’s how much Ajay Devgn and Sidharth Malhotra starrer Thank God has earned at the box office so far-

As per the trade reports, Ajay Devgn and Sidharth Malhotra starrer earned 8cr on its opening day. However, the film saw a drop in box office figures on the second day as Indra Kumar’s directorial collected a total of a mere 6cr on Wednesday. While Thursday the film dipped even lower earning a total of only 4.50cr on its third day. The film now stands on a total of approx 18cr.

However, Ajay Devgn starrer Thank God has managed to surpass his recent release Runway 34. Runway 34 which starred Ajay Devgn along with Amitabh Bachchan and Rakul Preet Singh earned a total of 3 crores on its opening day.