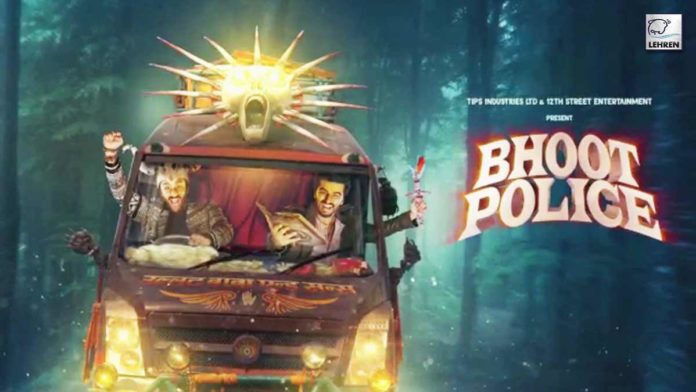 The makers of Bhoot Police are all set to unveil the trailer of the horror adventure ‘Bhoot Police’ on 18th August 2021. The forthcoming horror comedy is helmed by Pavan Kirpalani and produced by Ramesh Taurani and Akshai Puri. The movie is set to release on Disney+ Hotstar on 17th September 2021.

Tips Industries Ltd in association with 12th Street Entertainment presents ‘Bhoot Police’, directed by Pavan Kirpalani. Produced by Ramesh Taurani, Akshai Puri and co-produced by Jaya Taurani. The movie is all set to release on 17th September 2021 only for all subscribers of Disney+ Hotstar