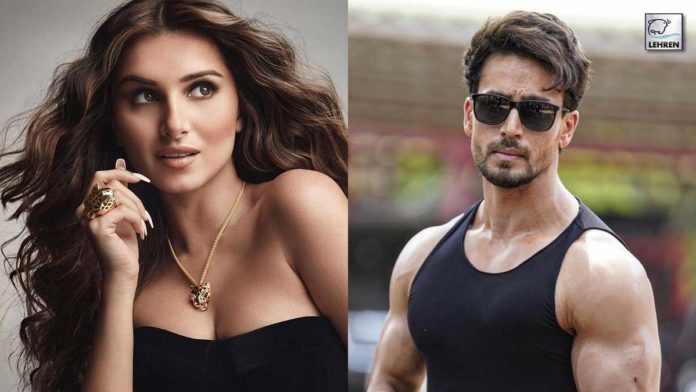 Bollywood actors Tiger Shroff, Tara Sutaria and Nawazuddin Siddiqui were recently spotted on the sets of ‘The Kapil Sharma Show’ for the promotion of their upcoming film ‘Heropanti 2’.

Ahead of their shoot, Tara and Tiger were seen posing for the paparazzi, giving fans a good look at their stylish outfits. Tiger was seen wearing a black shirt with a pair of black pants and a purple jacket while Tara turned heads with her white outfit. The actress was seen wearing a skirt with a thigh-high slit. She styled it with a silver blouse. Tara opted to leave her hair open and sported a pair of juttis.

Comedian-actor Kapil Sharma took to his Instagram and posted a picture with Tiger Shroff. He wrote, “Give the caption pls”. In an orange t-shirt and denim, Kapil looked smart whereas Tiger spilled handsomeness in a black shirt, paired with a purple blazer and denim.

Heropanti 2 also stars Nawazuddin Siddiqui, who was seen on the sets of the comedy show. Heropanti 2 promises an action-packed entertainer. The film marks Tiger and Tara’s second movie together. The duo was previously seen in ‘Student of the Year’ released in 2019.

According to sources, Tiger Shroff has been working hard for the film. Sources close to the project have revealed, “Tiger learned the art of stick fighting which he performed for the first time in any of his films. This form comes under the Indian martial art of Kalaripayattu”.

Heropanti 2 will also mark Tiger’s debut as a playback singer in films. He has lent his voice to the song Miss Hairan, which is composed by none other than maestro AR Rahman himself. The song was loved by fans and many lauded him for this achievement. Written by Rajat Arora, Heropanti 2 is directed by Ahmed Khan. The movie is scheduled to release in theatres on 29th April 2022 on the occasion of Eid and will clash with Ajay Devgn, Amitabh Bachchan and Rakul Preet Singh starrer Runway 34.

Besides Heropanti 2, Tiger also has ‘Ganapath’ and ‘Bade Miyan Chote Miyan’ in the pipeline. Tara Sutaria, on the other hand, has ‘Ek Villain Returns’ in the making.