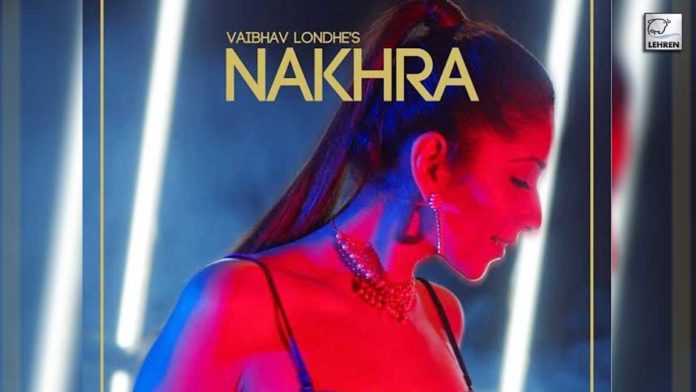 PBA had released their first-ever music video called “Vitthala Vitthala” which was their original romantic single. and the response over it was really astonishing now they are all set to release their second album called “NAKHRA” Elakshi Gupta shared this amazing news on her social media along with putting out the poster. The tune, rhythm, and melody to this music video are given by Vaibhav Londhe and the song is produced by Angela and Tejjas Bhaleyrao under the banner of PBA Music.

The poster looks very striking with bright colors where we can see Elakshi wearing a Spaghetti sweetheart neck ruched top and to add more statement to the outfit she also wore a cute pearl neckpiece along with long pearl earrings. and hair tied up in a sleek ponytail.

The song is going to be released on 30th July 2021 on PBA’s Youtube channel, stay tuned for it. When asked Elakshi about the new song she exclaimed” ‘I’m really happy to announce my new single with PBA Music and the song is going to be different from all the other songs, and I hope that the audience will like my work and the efforts that we have added into it to make the song worth the watch”.

Elakshi Gupta was in Ajay Devgn’s movie ‘Tanhaji’. She is all set to debut in the Marathi industry as a lead actress in the movie ‘Bhram’ and she will be seen in the Bollywood film ‘Luv you Shankar” along with Shreyas Talpade.