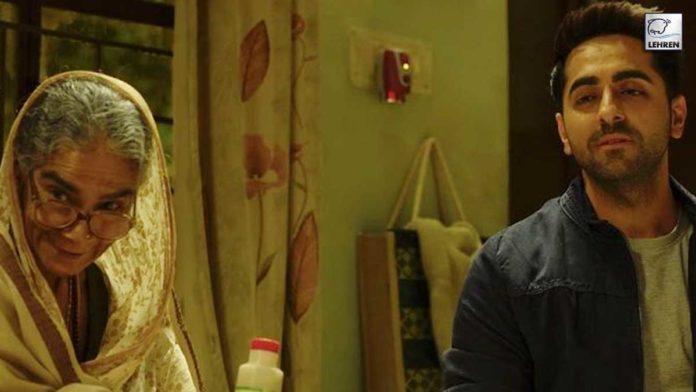 On Surekha Sikri's death, her Badhaai Ho co-star Ayushmann Khurrana shares the last memory he has of the late actor.

Surekha Sikri, the three-time National Award winner passed away on Friday due to cardiac arrest. The talented theatre artist began her career in the Hindi film industry in 1978 with Kissa Kursi Ka. However, it was her work in the TV serial Balika Vadhu that made her popular in every Indian household. Surekha also played a very crucial role in the 2018 blockbuster film Badhaai Ho starring Ayushmann Khurrana in lead.

On Surekha Sikri’s death, Ayushmann Khurrana has shared a few stills from the film along with an emotional note. He wrote in the caption, “In every film we have a family and we end up spending more time with the film family than our own families. One such beautiful family was in Badhaai Ho. Out of all my films, it was the perfect family with a perfect cast. Surekha Sikri was the head of our family, who was more progressive than the entire family tree. You know what, that was her in real life too. A complete boho. A chiller. Young at heart. I remember when she was boarding an auto-rickshaw after the screening of our film, Tahira and I gave her a lift back home and we said “ma’am you are the real star of our film” and she replied “wish I get more work.” Tahira and I were speechless. We watched her frail demeanour walking towards her building. That’s my last memory of her.”

Surekha Sikri was 75 years old. She was married to Hemant Rege and has a son, Rahul Sikri, who lives in Mumbai and works as an artist.