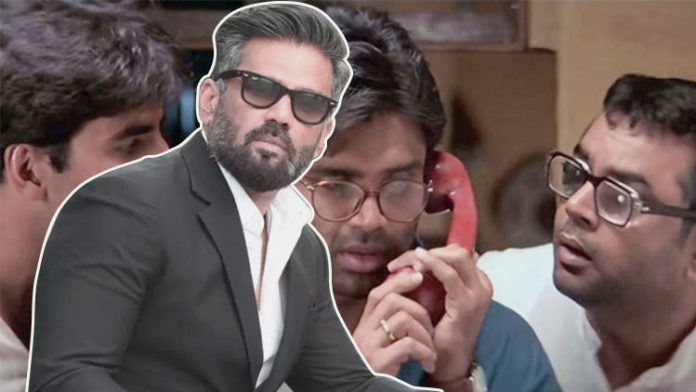 The Hera Pheri franchise has been one of the most loved comedy franchises of Bollywood. The fans have been eagerly waiting for the trio of Akshay Kumar, Paresh Rawal and Suniel Shetty to feature in the third instalment of the franchise. Although there have been rumours regarding the making of the film, the makers are yet to make an official announcement about the same.

Meanwhile, actor Suniel Shetty spilt the beans on why the much-awaited third instalment of the film has been put on hold. He said that the makers are ready to make Hera Pheri 3 but there are some differences that are needed to be ironed out at first. The actor agreed to the fact that both the previous films have not only been successful on the big screen but also on the television and the meme world. He told that he understands the anticipation among the audiences for the film.

Well, there’s a piece of good news for the Hera Pheri fans as Suniel Shetty is positive that the third instalment will be made. He also mentioned that they have a lot of respect for each other and are looking forward to it.

We are eagerly waiting for the makers to make an official announcement for the third instalment in the Hera Pheri franchise.