SRK, Salman Khan, Hrithik Roshan And Many More B-Town Celebs To Come Together For YRF Project 50! 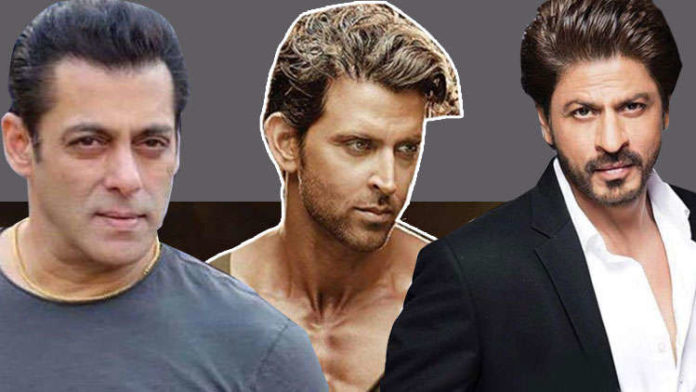 Preparations for bringing in the 50th year for India’s Premium Production House, Yash Raj Film has begun in full swing with Aditya Chopra working to lock the studio’s film slate and another team preparing for special interviews with renowned Bollywood actors.

According to the sources, YRF is looking forward to announce their MEGA-SLATE of release in April with B-Town’s superstars like Salman Khan, Shah Rukh Khan, Hrithik Roshan, Katrina Kaif, Deepika Padukone, Ranveer Singh just to name a few.

The venture is to be titled ‘Project 50’ stated the sources close to the makers. The sources further added, “The announcements aside, they have also got the actors on board for an exclusive interview. Right from Salman to SRK and Hrithik to Katrina and Deepika, have special messages recorded for the studio talking about their experience of working with them, remembering the studio pioneer Yash Chopra and as also talking about their next fruitful association.”

The sources also added that Aditya Chopra also wanted Aamir Khan in the MEGA-SLATED film but the actor was reluctant to sign the film as his calendar is already full, however, he has shot a promo shoot for YRF.

Well, more details remain under wraps and the YRF production is yet to make an official announcement about the same. But surely if these many superstars come together on a silver screen then it will be treat for the moviegoers and the news has definitely hyped the anticipation of Bollywood movie fans.