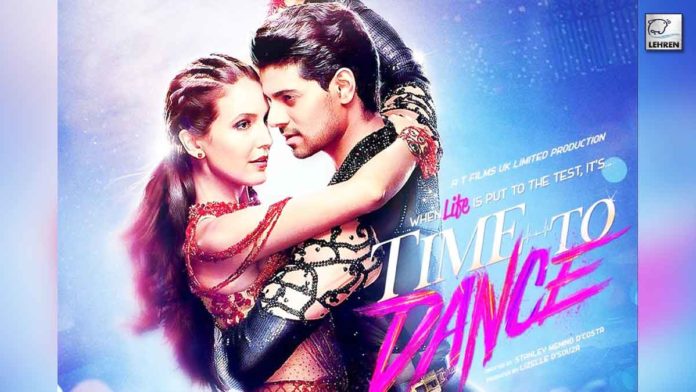 As the name suggests, Time To Dance is about a dancing competition and how the lives of the protagonists unfold around battling the competition.

If you are someone who simply enjoys grooving on the foot tapping songs, then get on the floor to enjoy the World Television Premiere of  the recently released film “Time To Dance” on Sony MAX on 14th August at 8 PM.

The film promises to engage with an exciting storyline narrated with some fluiding dance movies. Catch Katrina Kaif’s younger sister Isabelle Kaif in her debut role as Sooraj Pancholi makes a comeback. As the name suggests, Time To Dance is about a dancing competition and how the lives of the protagonists unfold around battling the competition.

The film is all about passion for dance and discovering love eventually. The plot centers on William (Sammy Jonas Heaney) and Isha (Isabelle Kaif) who are willing to do anything to win the London’s biggest Ballroom and Latin dance championship. However, a wrong step leads Isha to suffer injury on the dance floor. Will this unfortunate incident be a roadblock for her and her zest to win the contest? Find out more as you watch the film on 14th August.

The film will introduce ballroom and Latin dancing for the very first time for the Indian audience. Time to Dance has been directed by Stanley D’Costa and produced by Lizelle D’Souza, wife of ace choreographer and director Remo D’Souza and stars Waluscha De Sousa and Rajpal Yadav in the supporting roles.