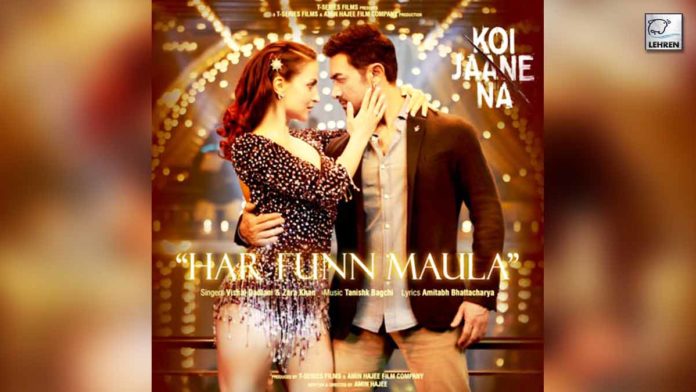 Actor Kunal Kapoor, who is known for stealing hearts with versatility and good looks, is back after a long break with a Dhamakedaar psychological thriller flick- “Koi Jaane Na”. The 43-year-old made his debut in 2004 and created a niche for himself with his nuanced performances and intriguing characters in superhits Bollywood films. Koi Jaane Na sees Kunal Kapoor creating magic on the screen alongside stunning Amrya Dastur. If you are someone who loves watching suspense thrillers, the World Television Premiere of this roller-coaster ride filled with thrills and chills with a perfect blend of romance on Sony MAX on 29th August is perfect for you.

Koi Jaane Na, a twisted psychological thriller, features Amyra Dastur and Kunal Kapoor in the lead role and is directed by Amin Hajee, who played the mute drummer, Bagha, in Lagaan (2001). The film has a special appearance by Aamir Khan, who sets the tone for the film with a jazzy item number with Elli AvrRam. Since its launch, the song “Har Funn Maula” has been ruling millions of playlists, making us all groove along.

The film is a riveting suspense thriller that is sure to keep the audience guessing and on the edge of their seat. It will be exciting to see the magical on-screen chemistry between Kunal Kapoor and Amyra Dastur unfold in this enthralling film that will take the viewers by storm. With exceptional performances, an engaging plot, and soulful music, the film gives our viewers the perfect opportunity to plan their weekend with a spice of mystery.

The movie is produced by T-series and also stars Ashwini Kalsekar, Atul Kulkarni and Aditi Govitrikar in prominent roles.