Sonu Sood – The Most Tweeted About Actor In 2021 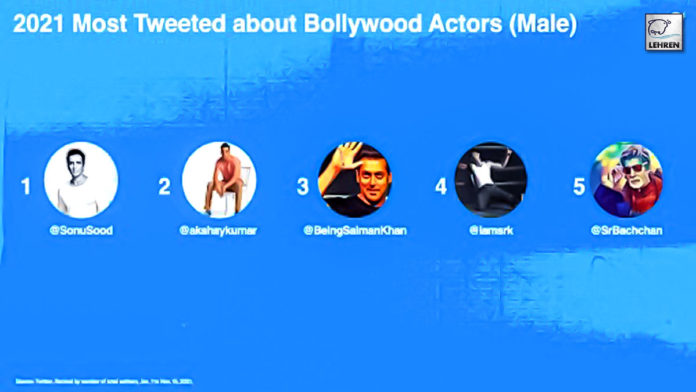 It is that time of the year! Twitter has released the official list of most-tweeted-about Bollywood personalities of the year.

It is that time of the year! Twitter has released the official list of most-tweeted-about Bollywood personalities of the year. Undisputedly, Sonu Sood has marked his position on the top. Touted as the nation’s hero, the actor has been ruling the space with his relentless humanitarian work during the Covid-19 crisis.

Sonu Sood’s invaluable contribution to the Coronavirus relief plan left millions across the country impressed, inspired, and grateful. Owing to his selfless service during 2021, many took to Twitter to express their gratitude towards the actor.

From arranging hospital beds to making medicines available to patients at any corner – Sonu Sood emerged as the saving hand for many helpless citizens.

Meanwhile, there had been a buzz on the internet about his upcoming projects. The versatile superstar has two massive projects in the pipeline for 2022. While Chandraprakash Dwivedi’s “Prithviraj” is a historical epic action drama, Acharya, a Telugu drama by Koratala Siva, will feature Sonu Sood in a never-before-seen character.

The list has Akshay Kumar in the second position, followed by Salman Khan, Shah Rukh Khan, and Amitabh Bachchan. Meanwhile, in the actresses, Alia Bhatt has secured the top rank.