Social Media Floods With Praises For Sai Tamhankar, As The Actress Shares The Trailer Of Mimi! 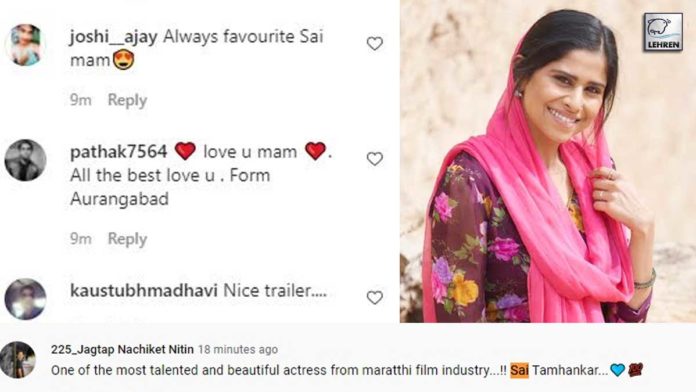 Actress Sai Tamhankar is taking the internet by storm with her appearance in the trailer of her upcoming movie Mimi. It’s safe to say, we all need a support system like Sai’s character in our lives!

Check out what the audience has to say about Sai’s portrayal in Mimi:

Just like the trailer, we can’t wait for Sai to bring the audience spectacular performances in her future projects. This is not the first time Sai is gracing us with such a beautiful character. She has previously worked in Bollywood movies like Hunterrr, Love Sonia, Ghajini, Solo, and Black&White.