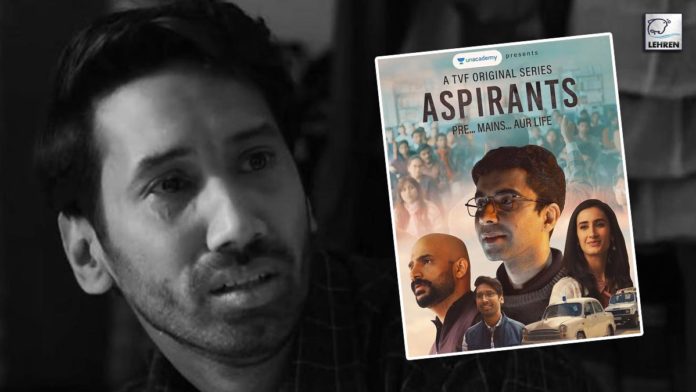 RJ and actor Abhilash Thapliyal who plays the role of SK Sir in TVF Aspirants reveals if he has ever appeared for any government exams.

Indian millennials are currently obsessed with TVF’s latest web series ‘Aspirants’. The five-episodic mini-web series was released on TVF’s official YouTube channel. It stars Naveen Kasturia, Abhilash Thapliyal and Shivankit Singh in lead roles. It is based on the struggles of UPSC Aspirants.

RJ and actor Abhilash Thapliyal, who plays the role of SK Sir in TVF Aspirants recently got into an exclusive chat with Lehren where he revealed if he has ever appeared for a government exam.

He said, “Never yaar. I want to join NDA (National Defense Academy) because when you grow up in an Army background, the only thing you see is Army. So, I wanted to join Army. But my first form for NDA got rejected. So, I was never able to do that. And when I wasn’t able to join the army, my self confidence hit the ground. But then, you get over things. I accepted that rejection and then radio happened. So, I said to myself, ‘This is nice. I am enjoying it. I am getting paid to talk, what else I can ask for?’”

Abhilash Thapliyal started his journey as an RJ in Delhi and later moved to Mumbai. He currently works as an actor and RJ simultaneouly. He said that being a Radio Jockey has always been his Plan A while being an actor was Plan B.