Siddharth Malhotra Wants To Do THIS Film With Kiara Advani! 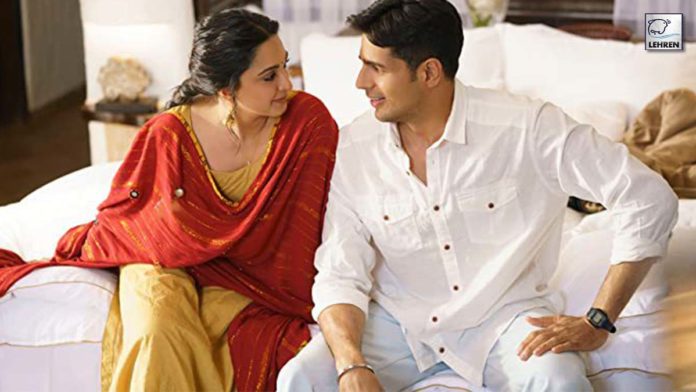 Sidharth Malhotra opens up about his desire of acting with alleged beau Kiara Advani in a special type of movie! Read to know!

Sidharth Malhotra, who was also seen in ‘Shershaah’ alongside Kiara Advani received a lot of love from fans for his in screen chemistry with the actress. Soon after the release, rumours of the two actually dating each other started making rounds on the internet, with neither of the stars actually confirming the same. Despite the actors’ confirmation, Siddharth and Kiara did leave subtle hints at fans that rather proved the couple was in love, from being spotted on each other’s film sets to vacationing together.

Fans have been so much in love with the pair’s on and off-screen chemistry that not just dating, but many even alleged that the two were soon to tie the knot. Reports of their marriage started to make headlines, amidst of these rumours, Sidharth made it a point to address the rumours himself and spoke about his marriage plans. The actor further revealed his desire of doing a romantic flick with his alleged lady love, Kiara.

On being asked about his marriage plans, the actor mentioned with a slight blush on his face that he’s not an astrologer and isn’t sure of what is going to happen. Although the actor assured that whenever he decides to get married in the future, he will surely inform his fans first and won’t let them hang in a cliffhanger. He said, “I don’t know. I am not an astrologer or such. I don’t know, it’s who is more important. And as and when it happens, I will let everyone know.”

He further revealed on being asked about the right age to get married, “I don’t know. Koi aisa timeline nahi hai. I think it has to be done correctly and not done fast or later or anything.” In the same interview, the Shershaah actor spoke about his female counterpart of the film and revealed what he likes the most about her. The actor further revealed that he would perhaps love to do a romantic film with Kiara, “Well, one thing I would change is that she doesn’t have a love story with me” he revealed.

“If you meet her off the camera. She is unlike a film actress. You cannot pinpoint and say that she is from that profession. She has a sense of regularness in herself. Which I really appreciate and admire because possibly I’m also regular myself off-camera. And I think which is very cool and easy” he said. On being asked what he wishes to change about Kiara, the actor rather chose to not answer, “I don’t want to change anything about Kiara. I think she’s a fabulous actor, which people have already seen. A lot of love and appreciation coming our way” he said.