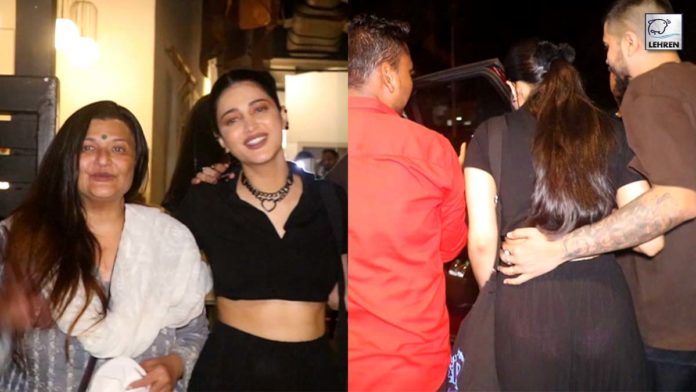 Actress Shruti Haasan became a victim of an embarassing moment as she was spotted with her boyfriend last night.

Kamal Haasan’s daughter Shruti Haasan was spotted in Bandra last night. The actress had stepped out for dinner with her mother Sarika Thakur and boyfriend Santanu Hazarika.

Shruti was seen sporting a plain black blouse with matching palazzo pants. As she stepped out of the restaurant after dinner, she became a victim of an oops moment. The paparazzi’s camera focused on her see-through dress and her undergarments were visible.

As the video surfaced online, it went viral amongst netizens.

On the work front, Shruti was recently seen in Amazon Prime Video’s web series ‘Bestseller’. She will next appear alongside Prabhas in the Telugu film ‘Salaar’.

Check Out: Athiya Shetty To Move In With KL Rahul Soon? Athiya Answers!