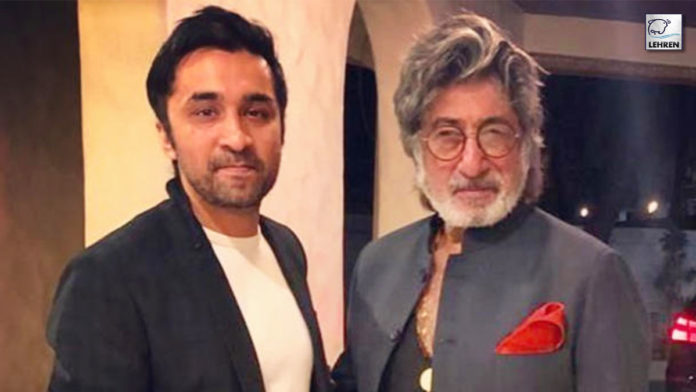 Siddhant Kapoor detained for consuming drugs at a party in Bangalore.

Bengaluru Police have detained Shraddha Kapoor’s brother Siddhant Kapoor for allegedly consuming drugs at a party on Sunday. The police had received a tip about a rave party at a hotel on MG Road in the city. Among the other six people, Siddhant’s sample also returned positive. Officials said the police raided a five-star hotel in Bengaluru based on a tip-off and 35 guests present at the party were taken into custody. All the guests were then subjected to a medical test.

Shakti Kapoor’s son Siddhant was also present at the party and reportedly found to have consumed drugs. He flew to Bangalore on Sunday and it is uncertain if he consumed the drugs at the hotel or at the party. “Siddhanth has tested positive for drugs, he has been brought to Ulsoor Police Station,” said Dr. Bheemashankar S. Guled, DCP, East division, Bengaluru City.

As per ANI reports: “Actor Shraddha Kapoor’s brother Siddhanth Kapoor detained during police raid at a rave party in a Bengaluru hotel, last night. He is among the 6 people allegedly found to have consumed drugs: Bengaluru Police.”

Shakti Kapoor woke up on Monday morning with shocking news and was clueless about anything. At first, he commented it is impossible for his son to be involved in drugs. “I can say only one thing – it’s not possible,” said the veteran actor. Further, he added: “I am not aware of anything. I have just gotten up from my sleep and my phone has started ringing continuously. He hasn’t been arrested but detained by the cops for consumption (of drugs). I don’t think there was any possession. I have as much information as it is coming out in the news and I am really troubled by this news.”

According to Deputy commissioner of police (East) Bheemashankar S Guled, the medical test revealed that Siddhanth Kapoor had consumed drugs however, an investigation is underway and a case has been registered.

Siddhant worked as an assistant director in many films and began his acting career with Shootout at Wadala in 2013. He also collaborated with her sister Shraddha Kapoor in Haseena Parkar.