Shilpa Shetty Reveals Her Disappointment With Hungama 2; Says Nikamma Is Her Comeback 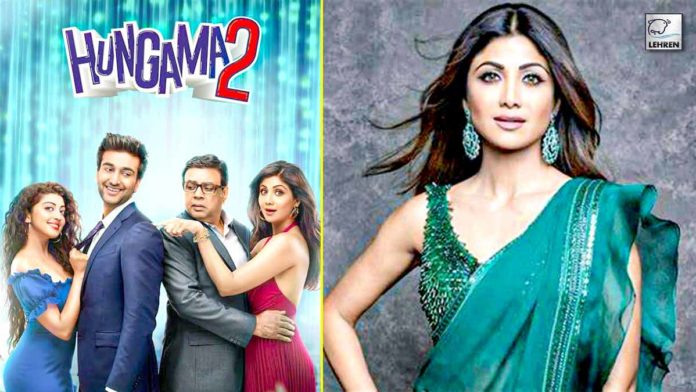 Shilpa Shetty talks about her return to acting with Hungama 2 and Nikamma.

Well, we see many actors making a comeback into acting after taking a break for their own reasons. Actresses from the 90s have returned with movies or digital web shows while the actors continued to mint money and make films. In recent times we have noticed a comeback of Raveena Tandon, Madhuri Dixit, Manisha Koirala, and many more. In the recent past, Shilpa Shetty also made a comeback with Hungama 2. However, Shilpa claims Hungama was not a film she thought to make a comeback with. She is now all set for the release of her upcoming film Nikamma.

The Dhadkan actress revealed that Hungama 2 was never supposed to be her first film after a long break from acting. She confessed to accepting the film as she couldn’t say no to producer Ratan Jain. In a recent conversation with Mashable India, Shilpa revealed, “Hungama 2 was not my comeback. It was never supposed to be my first film. I did that film because I can never say no to Ratan Ji. He introduced me to the industry. Nikamma was the first film I was supposed to do. But then it got stuck, and also I always wanted to work with Priyan Sir. Anyway, by the time the film came out, and it came out on OTT and I saw the film. And I felt that ‘this was not my character.’ It happened, but it’s okay.”

Well, she got another film titled Nikamma, which also features Abhimanyu Dassani and Shirley Setia in the lead. The Baazigar actress will be seen as a superhero in the action-comedy film. Talking about her character in the film, she said, “This is a very amazing character- Agni. This is the first film that got offered to me, in the sense that many pictures were being offered but if I am doing something leaving my children at home I want it to be worth my while.”

Nikamma, directed and produced by Sabbir Khan and under Sony Pictures India, is scheduled to hit theatres on June 17. It is a remake of the 2017 film Telugu film Middle Class Abbayi. This film marks the Bollywood debut of singer Shirley Setia.

Also Read: Shilpa Shetty Gave A Luxurious Gift To Herself On Her Birthday