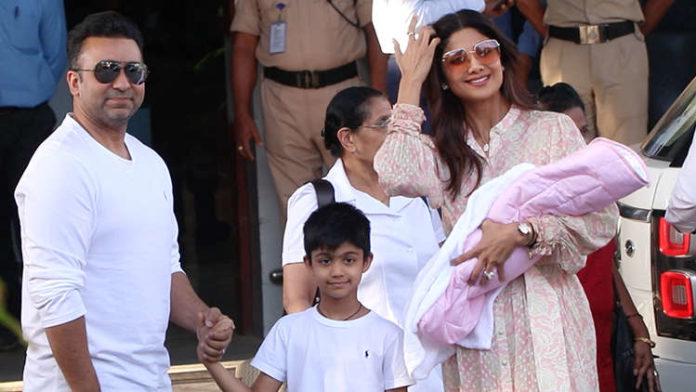 Businessman Raj Kundra has been arrested by Mumbai Police in a case involving the creation of pornographic films and publishing them.

Bollywood actor Shilpa Shetty’s husband Raj Kundra has been arrested by Mumbai Police over a case involving pornographic films. The police claim that they have sufficient evidence against him.

The Mumbai Police Commissioner said in a statement, “There was a case registered with Crime Branch Mumbai in Feb 2021 about creation of pornographic films and publishing them through some Apps. We’ve arrested Mr Raj Kundra in this case on 19/7/21 as he appears to be the key conspirator of this. We have sufficient evidences regarding this. The investigation is in progress.”

Raj Kundra has been booked under the charges of cheating, indulging in obscene act in public places and publicly exhibiting or circulating obscene books or literature and under the Information Technology Act. The Mumbai-based businessman has been accused of “forcing” actors to shoot nude scenes for pornographic films. These adult films were streamed on paid mobile applications.

Meanwhile, Raj Kundra has denied all the accusations and has applied for interim bail.

Who is Raj Kundra?

Raj Kundra is a businessman. His family originally hailed from Punjab but was settled in London. Kundra was born and raised in London. When he grew up, he started a business of pashmina shawls and sold them to all major fashion houses in Britain and made his first millions. In 2007, he moved to Dubai and set up Essential General Trading LLC. It is a company dealing in precious metals, construction, mining and green renewable energy projects. Eventually, he also began financing and producing Bollywood films.

In 2009, he married actress Shilpa Shetty. It was his second marriage as he was earlier married to Kavita Kundra.

Raj Kundra and Shilpa Shetty have two children together. In 2012, their son Viaan was born. In 2020, the couple welcomed a baby girl via surrogacy.