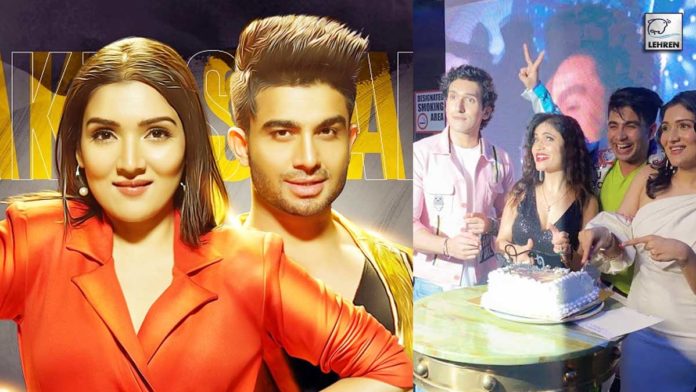 Shibani Kashyap who has crooned many hit party songs like Sajna Aa Bhi Ja, Zinda Hoon Main, states that in order to bring character to the song, she treats all her tracks differently to justify and capture its true essence which as a result brings variety to her singing. Her new track “Lakk Shake” is a testimony of that.

Shibani convinces the listeners that the voice behind the artist is a character! All this because she adapts. In “Lakk Shake” she lends her voice to Govinda’s daughter Tina Ahuja.

It is an out-and-out party number that packs in oodles of glamour quotient. It opens with a fun opening verse and then launches into hip-hop mode with the party beats.

When the song speeds up the tempo, it sounds very Punjabi-like which enhances the party mood of the song. Although the song has a western touch, it is undoubtedly high on its Punjabi feel.

Shibani quotes saying “It’s a fun, peppy number for a party or may be a long drive too. We hope the audience likes it”