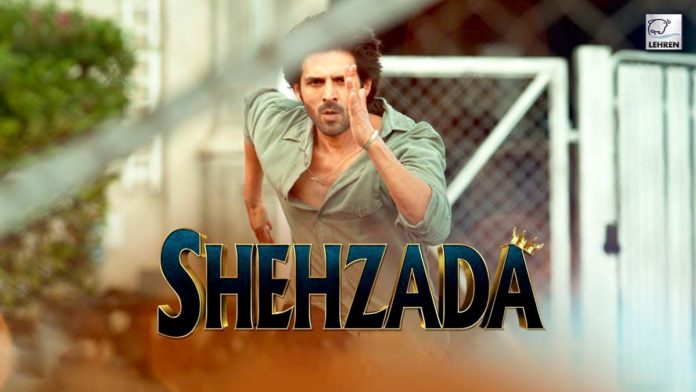 On his 32nd birthday Kartik Aaryan dropped the much-awaited teaser of his upcoming film Shehzada, here's how his fans reacted-

Shehzada Teaser: On his 32nd birthday Bhool Bhulaiyaa 2 actor Kartik Aaryan dropped the much-anticipated teaser of his upcoming film Shehzada. Kartik Aaryan will be seen alongside his Lukka Chuppi co-star Kriti Sanon. Shehzada will be a Hindi remake of Pushpa actor Allu Arjun’s popular film Ala Vaikunthapurramuloo. Comparing the remake with the OG film a segment of netizens have now started comparing Kartik with Allu Arjun and have called out the actor for “overacting”.

On Tuesday, Kartik Aaryan drooped the much-awaited teaser of his upcoming film Shehzada. The film stars Kriti Sanon along with Kartik. Shehzada is the Hindi remake of the Tamil film Ala Vaikunthapurramuloo which featured Allu Arjun in the lead role. The short teaser featured a lot of action-filled scenes with a hint of glamour. While Kartik Aaryan was seen in full action-filled Avtar, Kriti on the other hand was seen flaunting her glamorous look in the teaser.

Apart from Shehzada, Kartik will also be seen in Freddy which will be released on 2nd December on Disney+Hotstar. Kartik also has Hera Pheri 3, Aashiqui 3, Satya Prem Ki Katha, Captain India, and Kabir Khan’s untitled film.