Shehnaaz Gill Confirms About Having 4-5 Films In Line, Deets Inside 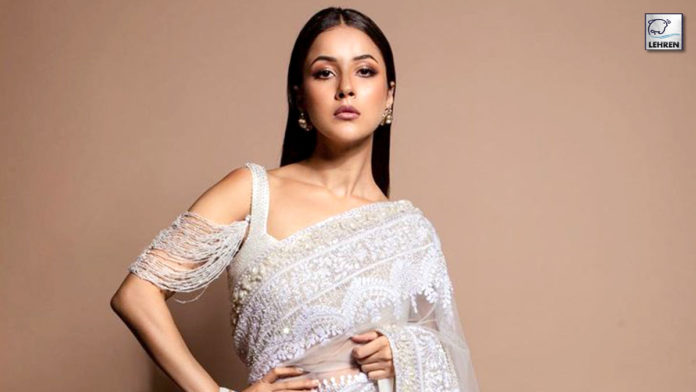 After shooting for Salman Khan's film Kisi Ka Bhai Ki Jaan, Shehnaaz Gill confirms about having 4-5 films in her kitty.

Shehnaaz Gill is set to make her Bollywood debut with superstar Salman Khan. Punjabi singer and actress Shehnaaz rose to fame from Big Boos 13. While in a recent interaction with the media the Kisi Ka Bhai Kisi Ki Jaan actress Shehnaaz Gill revealed that she has about 4-5 films in the line.

Shehnaaz Gill Confirms About Having 4-5 Films In Line

In a recent interaction with a papz the actress was seen confirming that she has about 4-5 films in her kitty. On Wednesday, Shehnaaz Gill was spotted attending Sidharth Nigam’s birthday, during her interaction with media a paparazzo asked the actress, “Aapki movie kab aayegi?” To this, Shehnaaz replied, “Kaun si wali movie? 4-5 aa rahi hain.” Then another paparazzo replied to Shehnaaz’s comment and asked “Bhaijaan wali movie…”

In an interview with Connect FM Canada, while talking about Salman Khan, Shehnaaz Gill said, “From him, I’ve learnt to keep moving ahead. He has told me that I can go really far in life if I work hard. He motivates me a lot.”

Bigg Boss fame contestant and popular Punjabi actress Shehnaaz Gill is currently gearing up for her film ‘Kabhi Eid Kabhi Diwali’ with Salman Khan. While during a recent interview with Bollywood Bubble the actress opened up about her marriage plans, while being asked about getting married to an actor or not, she said, “I don’t know anything can happen, Never say Never. I can’t say that I will get married to an actor only or something like that. Life has been unpredictable to me, so anything can happen.”