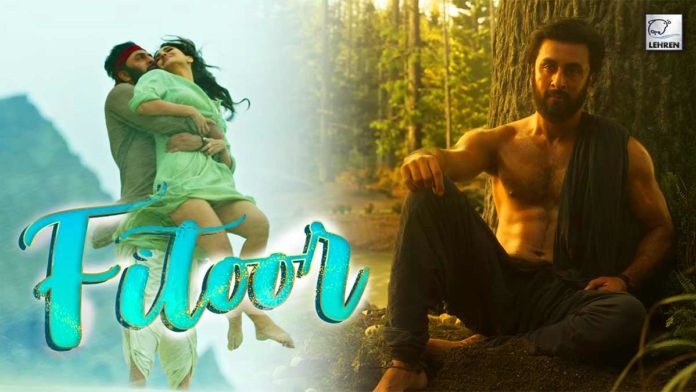 Makers of 'Shamshera' drops a new track from the film titled 'Fitoor' featuring Ranbir Kapoor and Vaani Kapoor as they ooze the romance factor.

Shamshera: The makers of Shamshera on Thursday unveiled the latest romantic track ‘Fittor’ featuring Ranbir Kapoor and Vaani Kapoor. The romantic song features the sizzling chemistry of the duo and their oozing romance. The latest track is sung by Arijit Singh and Neeti Mohan and composed by Mithoon. Take a look at the song here-

The makers of Shamshera shared a glimpse of the song on their official Instagram handle. The caption to their post read, “That forever kind of love #FITOOR Song out NOW. Releasing in Hindi, Tamil & Telugu. Celebrate #Shamshera with #YRF50 only at a theatre near you on 22nd July.” The latest song ‘Fitoor’ from Shamshera features Vaani as ‘Sona’ with Ranbir playing ‘Balli’ in locations from dessert to underwater as they dance and romance together. Meanwhile, the chemistry between the actors remains the highlight of the song.

Reacting to the same netizens also expressed their views, a user wrote, “This is so sensual & romantic! All the best, been listening on loop”, “What A Song Soooo Beautiful So Additive”, another user wrote, “One of the most original songs in a long time.” and more.

Ranbir Kapoor Over His Song ‘Fitoor’

Recently the actor shared his views about the song ‘Fitoor’ and said, “I love Fitoor. It’s a lovely romantic track, the quintessential love song that I hope people also love. The scale of Fitoor is just insane and it will look grand on the big screen…Shamshera is a period-action entertainer. So, the music also had to fit in that period so that it was not jarring. The film has very different kinds of songs. It’s got a good amalgamation of different kinds of music which I really like and I hope people like it too,”.

In yet another interview Ranbir Kapoor was seen praising Vaani Kapoor, he said, “Vaani is a very fine actor. She is someone who works very hard. She is so focused that she is always wearing headphones, listening to music, and trying to be in character. Many times I’ve tried to distract her and just have a stupid conversation. We really befriended each other.”

Check Out: Is ‘Shamshera’ Adapted From These South Films? Netizens React!