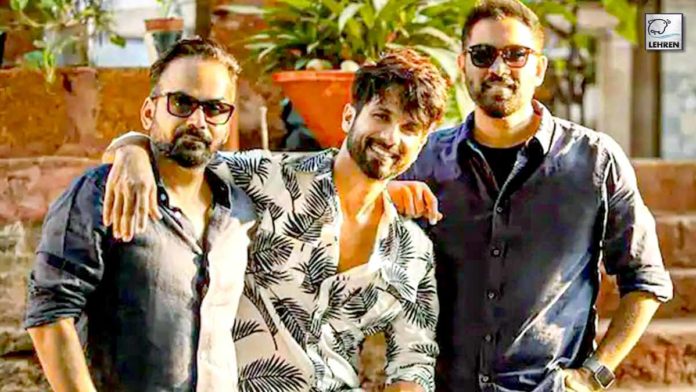 Shahid Kapoor set to make web series debut with Farzi after being encouraged by Family Man 2.

Bollywood’s charming boy turned handsome dude Shahid Kapoor has established himself in the industry and is now geared up for his web series debut. The versatile actor has earned love and fame with his looks and performance in movies like Jab We Met, Haider, Kabir Singh, and many more. After making well in movies he is now ready to step into the OTT world.

The ‘Dil Maange More’ actor revealed that Family Man 2 inspired him to take up web projects. He confessed that after watching the Manoj Vajpayee’s crime action show on Amazon Prime he asked the director Raj & DK if they have something for him. Well, his wish got fulfilled and it is a treat for Shahid’s fans to see him now in a different project than movies. The Udta Punjab star has been signed by Raj & DK for their next web series ‘Farzi’.

Moreover, the news comes as a toast to tea, Shahid is all set to enter the digital or OTT world with not just one but two web series. He’ll be debuting with Raj & DK’s Farzi, and post that, he also has a series with Ali Abbas Zafar. Talking about exploring the digital space, the Jersey actor said: “That too in a different format altogether, where people will see me in over eight-nine episodes. I had loved Raj and DK’s The Family Man 2. They called me for a film, I asked if they had a show for me. They went ‘really?’, and I said yes! It’s exciting to collaborate with people who are at the top of their game, and in India they are the best of the best.”

The debutante actor of Ishq Vishq completed two decades in the industry and is set to debut again but this time for OTT or web world. Shahid Kapoor said: “I have been working for almost two decades now, and now loving and watching OTT content. I put myself first as an audience member. I like to do what I enjoy as that. If I see a show or a film, consume something, it’s only a natural consequence I will look for material that’s similar.”

Commenting more on OTT and Farzi, he said: “It’s so different from what we do in movies. I am nervous but excited. I always wanted to do something challenging and different. This story and character to me match every film that I have done. I can’t wait for the audience to see it.”

Farzi is Raj Nidimoru and Krishna DK’s upcoming project starring Shahid Kapoor on the OTT platform Amazon Prime Video. Shahid will be joined by Vijay Sethupathi, Kay Kay Menon, Raashii Khanna, and Regina Cassandra in the web series. Apart from this, the talented actor has Ali Abbas Zafar’s Bloody Daddy in his kitty.

Also Read: Arjun Rampal Reveals The Kind Of Character He Likes To Play