Shah Rukh Khan Reveals Who Was His First Girlfriend 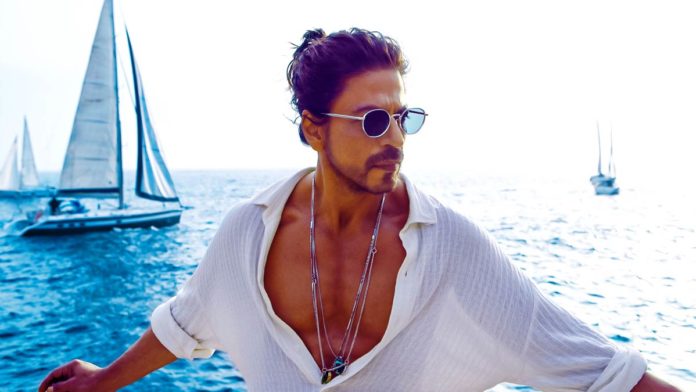 Shah Rukh Khan hosted an "Ask SRK" session on Twitter where a fan asked him about his first girlfriend.

Shah Rukh Khan has always been a charmer. Right from the time he made his debut with TV series Fauji till today, when he is all set to blow our minds with Pathaan, SRK has always managed to win our hearts. The King of romance married his college love Gauri Khan and together they have been giving solid marriage goals since 1991. We all are fond of power couple Shah Rukh Khan and Gauri Khan. However, recently, a fan asked Shah Rukh about his first girlfriend.

As Shah Rukh Khan’s film Pathaan is near its release date, the actor is very active on Twitter. He is now often seen interacting with his fans and friends from the industry. On Thursday, he hosted ‘Ask SRK’ session on Twitter where fans could post their questions. A fan asked, “Who is your first girlfriend?”

Well, for those why don’t know, Gauri has always been Shah Rukh’s ladylove. Their love story started in Delhi when they were studying in Delhi University. After they moved to Mumbai to make their careers, they continued their relationship. And in 1991, the duo got married.

On Twitter, another fan asked if his family has seen Pathaan yet. To this, he replied, “No nobody has seen the film yet except the technicians working on it….”