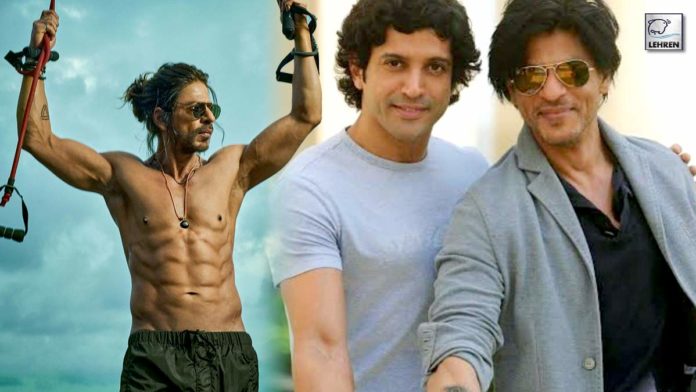 Bollywood actor Shah Rukh Khan rejects the script of Don 3, reports say the actor is not ‘fully convinced’ with it.

Don 3: Many rumors have recently been surrounding the Bollywood actor and filmmaker Farhan Akhtar over the production and release of Don 3. The fans have been eagerly waiting for the Bollywood superstar Shah Rukh Khan to return on the screens with his film Don3. While as per the latest reports it is now believed that the actor has now rejected the script of the film since he is not ‘fully convinced’ with it.

If the reports of Bollywoodlife are to be believed, then the Bollywood superstar Shah Rukh Khan was given the script of Farhan Akhtar’s film Don 3, and apparently, the actor has rejected it since he is not ‘fully convinced’ with the script of the movie.

A source told the portal and revealed, “It’s not like Shah Rukh Khan didn’t like the script. It’s just that Shah Rukh was not fully convinced. He knows Don is an iconic role and would like to step back into the character once he’s completely confident with the script. The box office scenario is not very healthy and he wants to be doubly sure before signing on the dotted line.”

Talking about Farhan Akhtar the source said, “As of now, Farhan Akhtar has gone back to the drawing board and we can hope that the next time he meets SRK, the superstar will happily sign Don 3. The fans would be on cloud nine. When the speculations around the film generated so much craze, imagine what would happen on the day the makers announce Don 3!”

While now it seems that the fans might have to wait a bit more to see the superstar in the film again. A few months back, filmmaker Ritesh Sidhwani dropped a picture from Farhan’s study room where the actor was seen in his writer mode. “100% focus even when he’s putting pen to paper (err.. fingers to keyboard) @faroutakhtar is back in writer mode after a long hiatus. Guess what he’s working on…” the caption read.

On the work front, Shahrukh Khan will soon be seen in Atlee’s film Jawan along with South actress Nayanthara. The actor also has Dunki with actress Taapsee Pannu and Pathaan with Deepika Padukone and John Abraham in the pipeline. The actor is also expected to be seen in a cameo in Salman Khan’s film Tiger 3 and Ranbir Kapoor’s Brahmastra.