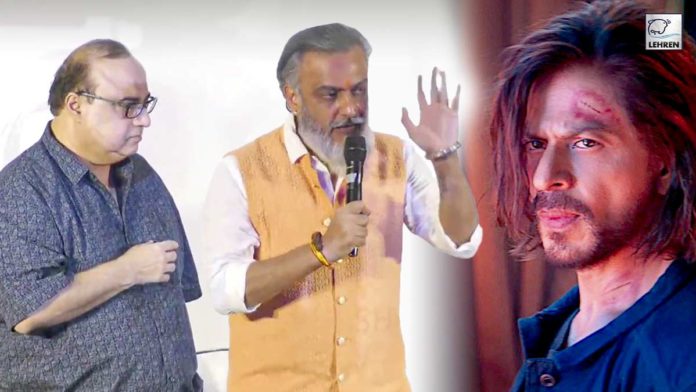 Congress workers are demanding a ban on the release of Gandhi Godse: Ek Yudh which is based on Gandhi's assassination in 1948

Both films are on completely different topic and have very different target audience. Yet, both have fallen prey to the controversies. Congress has been demanding a ban on Gandhi Godse: Ek Yudh. Recently workers of Congress in Madhya Pradesh recently burnt the effigy of filmmaker Rajkumar Santoshi in connection with the release of the film. Some protesters also threatened the makers that they will burn down the theatres wherever this film will be screened.

He said, “Jo pehle Aurangzeb kar raha tha na, vo abhi Pathaan kar rha hai. Par ek kattar Hindu inke saath me khada hai. Ye mera vaada hai, picture bhi release hogi, aur Hindu bhi dekhenge aur Musalman bhi dekhenge. (What Aurangazeb used to do in his rein, Pathaan is doing the same now. But I assure that a true Hindu is standing beside him. I assure that this film will release in cinemas and both Hindu as well as Muslims will watch this film)