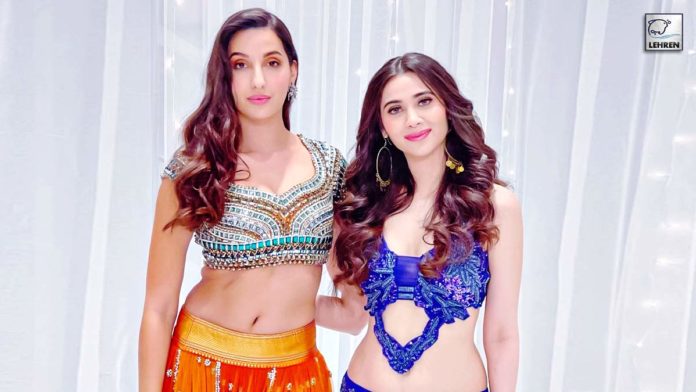 Nora Fatehi’s sizzling performance with Zahrah Khan’s legit voice for "Kusu Kusu" did manage to turn heads as the song ticks the 300 million mark on YouTube.

The hype is real! Zahrah Khan, who is the talk of the town, not only when it comes to singing but delivering back-to-back hits has yet again created a benchmark with her song “Kusu Kusu” feat. Nora Fatehi clocks 300 million views on YouTube. Kusu Kusu, from the movie “Satyameva Jayate 2”, turned out to be a massive hit with Zahrah, receiving a bang-up response from the audience, crossing 300 million views. The song has received a good number of views and likes and was previously #1 trending on YouTube.

Nora Fatehi’s sizzling performance with Zahrah Khan’s legit voice for “Kusu Kusu” did manage to turn heads as the song ticks the 300 million mark on YouTube.

Zahrah expressed her gratitude by sharing an unseen picture of herself with Fatehi on her social media with a caption stating, “300 Million on YouTube for #kusukusu and Being nominated At IIFA (go and vote now)for this song just makes it even more special, it’s been an amazing journey so far and it’s just the beginning. A big congrats to the whole team of #kusukusu, @tanishk_bagchi thank u for giving me such an amazing dance number to sing! @norafatehi ur dance moves always kill it And most importantly thank u to the Audience for giving my Voice and me so much love in such little time #grateful ”