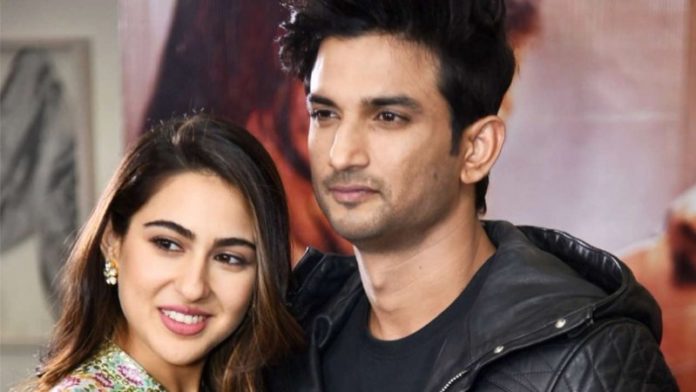 Actress Sara Ali Khan stepped into Bollywood with the 2018 movie Kedarnath opposite Sushant Singh Rajput. Masses enjoyed witnessing the on-screen chemistry of the two actors and praised them for nailing their respective roles with perfection. During the promotion of the film, Sushant and Sara hit the headlines with their romance rumours but neither of the parties reacted to the same even when their gestures spoke differently.

Sushant and Sara’s fans even shipped them together on the social media platforms but after a while a report stated that the two have amicably broke up. Soon after the incident, the Kai Po Che actor deleted all the pictures on his Instagram and everyone speculated that it was due his alleged break up with Sara.

Meanwhile, Sushant Singh Rajput’s good friend Samuel Haokip has publicly revealed that Sara Ali Khan and the late actor were indeed in a relationship. By taking to his Instagram, he even shared the reason behind their alleged break up.

It seems like Samuel has not only confirmed the rumours but also has confirmed that Sara and Sushant were actually in love. Sushant’s friend also allegedly blamed the Bollywood mafia for the reason behind Sara breaking up with Sushant.

On the other hand, Samuel also stated that Sara Ali Khan might have called it quits with Sushant Singh Rajput after his 2019 film Sonchiriya flopped at the Box Office.

We accept the love we think we deserve -Stephen Chbosky

This explosive revelation has added more twist to the already complex case of Sushant’s death. As of now, Sara has not reacted to Samuel’s statement.

Currently, the Supreme Court has given a nod for CBI probe in Sushant Singh Rajput’s case and the actor’s fans are hoping that justice will finally be served to their favourite star.