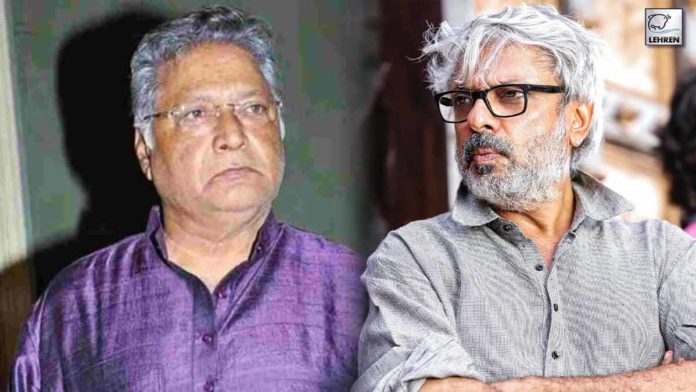 Veteran actor Vikram Gokhale passed away on 26th November at the age of 77. He was popularly known for his role in Aishwarya Rai and Salman Khan starrer Hum Dil De Chuke Sanam. Sanjay Leela Bhansali who directed the musical romance drama opened up on working with the late actor Vikram.

He was admitted to Deenanath Mangeshkar hospital in Pune days before he died. The reason behind his demise is noted as multiple organ failure. The veteran actor who is notable for his roles in Marathi and Hindi films breathed last at the age of 77.

He played the role of Aishwarya’s father who was also a Hindi classical music singer and guru of Salman Khan. He had a very important role in Bhansali production’s 1999 film. Hearing of Vikram’s death SLB recalled working with him. The two worked together first and last time only for the classic film Hum Dil De Chuke Sanam.

According to Bollywood Hungama, Bhansali said, “We worked together in just one film. And what a storehouse of memories that turned out be! If I had the chance to turn back the clock I would like to work with Vikram Gokhaleji in as many of my films as possible, if not all.”

He further added, “Every actor prepares. But Vikram Gokhale was a professional on another level. He could actually feel like a musician. His body language, his voice, his command over the sur (tune) was that of a real musician. All of us had a fabulous time shooting. Vikramji was always a part of our group sessions. Actors like Vikram Gokhale are very rare. He never seemed to act. He used his exceptional skills not to show off but to disappear into his characters.”

Sanjay Leela Bhansali’s last film was Alia Bhatt starrer Gangubai Kathiawadi. It was one of the few successful films of the year. His next project is a web series titled Heeramandi.