Sanjay Dutt Wants To Work More In “South Films”: “I See So Much Passion” 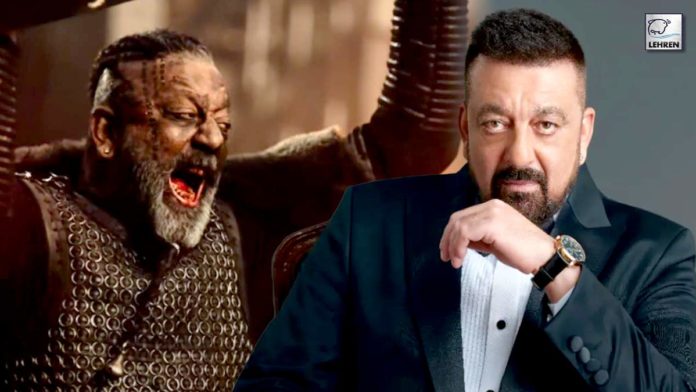 Sanjay Dutt wants to do more South Indian films. The actor says, "I see so much passion, love, energy, and heroism in the films made in the South"

Bollywood superstar Sanjay Dutt was recently spotted at the title teaser release of Dhruva Sarja-starrer KD–The Devil. For the unversed, the actor dubbed the Hindi version of the film. During the event Sanjay revealed that he wants to do more South Indian films, the actor stated that he sees a lot of passion, love, and energy in South films.

During the event, Sanjay said, “I worked in KGF and now I am working with director Prem in KD – The Devil. I am really looking forward to it and I wish the team all the best. I also feel that I am going to work more in south Indian films,” as quoted by E Times.

Further talking about the South industry and their films, Sanjay added, “KD has an amazing teaser. I know one thing that I have done KGF and SS Rajamouli sir is a dear friend. I see so much passion, love, energy, and heroism in the films made in the South. I think we need to learn that back in Mumbai. Bollywood must not forget its roots.”

Meanwhile, KD-The Devil is an upcoming Pan-Indian Kannada film that stars Dhruva Raja in the lead role as KD-The Devil. The pan-Indian film is reportedly set in the 1970s and featured real-life incidents. The film will be released in multiple languages like Kannada, Tamil, Malayalam, Telugu, and Hindi languages, next year.