Sanjay Dutt & Arshad Warsi To Reunite For A Comedy Venture Shot In Goa? 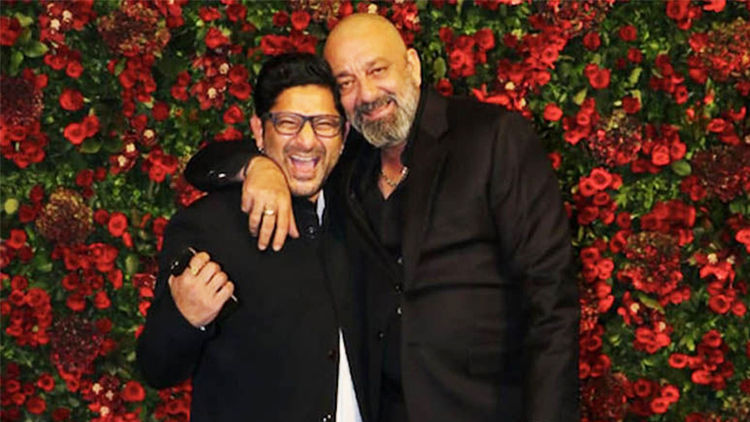 Sanjay Dutt and Arshad Warsi, no doubt are remembered as the inseparable duo of Munna and Circuit from the Munna Bhai franchise. With Sanjay and Arshad’s on-screen comic chemistry, both of the Munna Bhai films never fail to entertain the audiences even after being more than a decade old. The fans have been anticipating the third part of Munna Bhai but no official announcement of the same is made about the same by the filmmakers.

However, there is good news for all the Munna-Circuit fans that have been waiting patiently for them to feature together in a film once again. Sources claim that Sanjay Dutt and Arshad Warsi were going to reunite for a buddy comedy written by Sajid-Farhad. The film was speculated to feature Dutt as a blind don and Warsi has his trusted ally, and the film was scheduled to be shot in Budapest by April. But due to the COVID-19 pandemic, the makers had to scrap the Budapest plan and further development of the venture came to a sudden halt.

Meanwhile, the sources suggest that the makers of the buddy comedy are thinking to shoot the film in the backdrop of Goa. Speaking of the past plans, the source said, “The film underwent two major location changes. After Europe was severely hit by the pandemic, it became evident that the project would have to be set elsewhere. The makers then considered a stint in Thailand, which had to be scrapped soon after. With international travel being a remote possibility after the lockdown is lifted, Sajid-Farhad are now re-writing the script with Goa as the setting.”

Well, the news has not been confirmed by either Sanjay Dutt or Arshad Warsi nor have the makers Sajid-Farhad have made any announcements. But the hearsay claims that once the pandemic subsides, Dutt and Warsi will be handed a new set of dates for shooting and the team will start afresh.