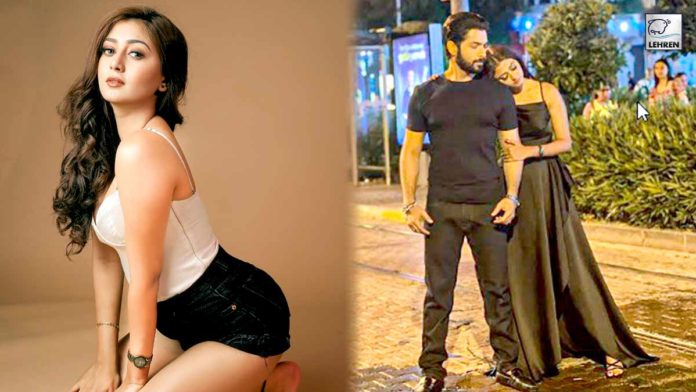 sung by the "Srivalli" singer Javed Ali, and directed by Faisal Miya the song is shot in beautiful Turkey.

Exciting news for Sana Khan fans! The actress who has worked with the biggest music labels in the country & spelled her brilliance in multiple music videos will be seen opposite Sharad Malhotra In “Dil Nisar Hua”, sung by the “Srivalli” singer Javed Ali, directed by Faisal Miya and shot in beautiful Turkey.

Blame her appealing looks, the upfront ambitious actress has triumphed in the hearts of millions with her stint on social media. Her increasing popularity on social media with 5 million followers has fetched her a loyal fan base which as a result is keeping the actress busy. Sana just shot a music video with ace director Nitin FCP opposite Zain Imam in Varanasi ghat. The song is titled “Muskura Lena”, sung by the singing sensation Palak Mucchal. She also finished shooting another song with Bhavin Bhanushali in Mumbai titled “Tu Oss Banke”.

But behind all the gloss and glam, remains a girl realistic and grounded- Sana who insists that her foray into the world of performing arts is not a flash-in-the-pan decision, Khan says that it’s her passion & love for the craft of acting which is the prime factor that attracts her to be a part of Bollywood.

While she poses all the elements to slip into any character with a lot of ease, Sana awaits the right script which will help bring out the actor in her and be the next big thing in the industry.