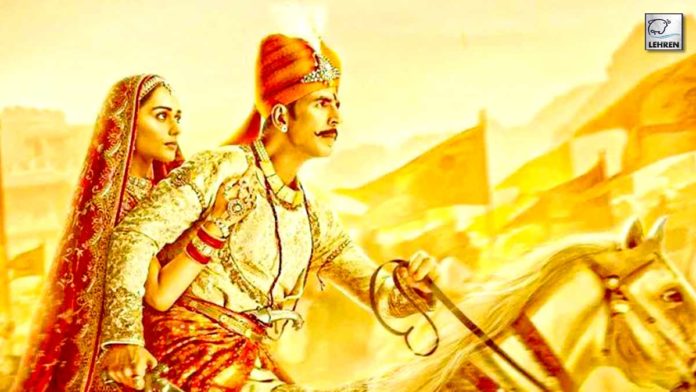 Samrat Prithviraj has finally made it to the big screens crossing all the hurdles that came over before the release. Akshay Kumar, Manushi Chillar, Sanjay Dutt, and Sonu Sood starrer released in multiplexes on June 3rd after a name change from originally titled Prithviraj. The historical drama is based on Prithviraj Raso, a poem penned by Chand Bardai, a court poet of Samrat Prithviraj Chauhan in the 12th century. We have recorded the box office collection of Samrat Prithviraj on day 1, read on to know how much the movie collected.

The periodic drama opened on a slow note but gradually increased to a two-digit collection. Makers expected Samrat Prithviraj to perform better having historical factors however it was a lukewarm start to Dr. Chandraprakash Dwivedi’s directorial. Yash Raj Films’ first historical movie collected between Rs. 10.30 cr and 10.80 cr net at the box office on its first day.

On the opening day, the movie received mixed responses from the audience and critics. Samrat Prithviraj made on a budget of 300 crores INR was able to mint barely an initial two-digit collection at the box office. Considering the budget and the star cast it is a slow start. Word of mouth seems to be helpful in making Samrat Prithviraj strong as the movie started at a low pace compared to other Akshay Kumar films.

According to trade analyst Himesh Makand, “#Prithviraj headed for a double digit day one. It’s a slow start, given the budget and star-cast, but on ground report seem to be positive, and the word of mouth will boast the biz from evening shows and then even further on Saturday and Sunday.”

The periodic drama about the Hindu king is getting audiences from tier 2 and tier 3 audiences indicated Himesh in another tweet. He wrote, “#SamratPrithviraj opening day story: The farther you go from big cities the better is the opening. Mumbai, Delhi, Kolkata and other metros are weak, but tier 2 and 3 centres putting up pretty good footfalls.”

Samrat Prithviraj produced by Aditya Chopra under the YRF banner is expected to cover up on the weekend. Before the release, Akshay Kumar requested the audience to watch the film in theaters to experience the visual spectacle, better on big screens.