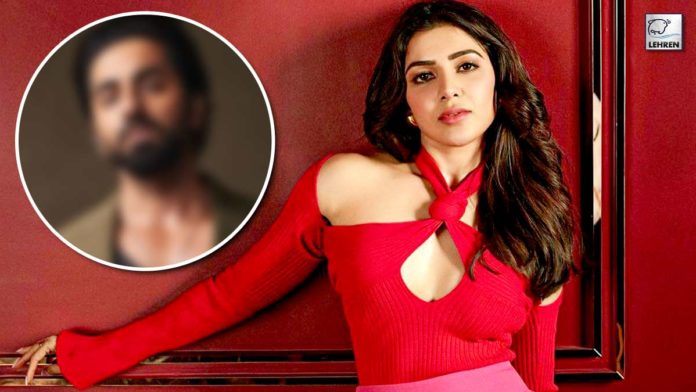 Samantha Ruth Prabhu to make her debut in the Bollywood industry with Ayushmann Khurrana in their Hindi film which is expected to go on floors by the end of 2022.

South industry actress Samantha Ruth Prabhu is all-ready to make her debut in the Bollywood industry. The actress left the audience impressed with her performance in the Amazon web series Family Man 2, in which she played the antagonist. Meanwhile, as per the recent reports, it is now said that the actress will soon be making her Bollywood debut with none other than Ayushmann Khurrana.

As per the latest reports, it is been said that the actress has already signed the contract and will soon start working on the project after the date and shooting timelines will be confirmed. Samantha’s upcoming biggie is being helmed by Dinesh Vijan however the makers have kept everything under wraps as of now.

The film is expected to go on floors by the end of this year and the release is expected sometime at the end of 2023. Meanwhile, it is also believed that the actress has also bagged her second Hindi film as well which is apparently a mythological epic film and is also scheduled to go on the floors next year. It is also believed that the actress will be collaborating with Prithviraj actor Akshay Kumar.

The actress was recently seen in the promo of Koffee With Karan as she will be seen making her debut in Karan’s chat show as well along with Akshay Kumar. In the promo, the actress was seen roasting the filmmaker for propagating false ideas about marriage. “You’re the reason for unhappy marriages. You have portrayed life to be K3G when the reality is KGF,”

Recently the actress publicly addressed trolls over spreading rumors about Naga Chaitanya’s link-up with Sobhita Dhulipala. Reacting to the netizens’ reaction, South actress Samantha Ruth Prabhu shared her reaction on Twitter and wrote, “Rumours on girl – Must be true !! Rumours on boy – Planted by girl !! Grow up guys .. Parties involved have clearly moved on .. you should move on too !! Concentrate on your work … on your families .. move on!!”

On the work front, Samantha will be seen in Gunashekar’s Shaakunthalam. She also has Yashoda in the pipeline.