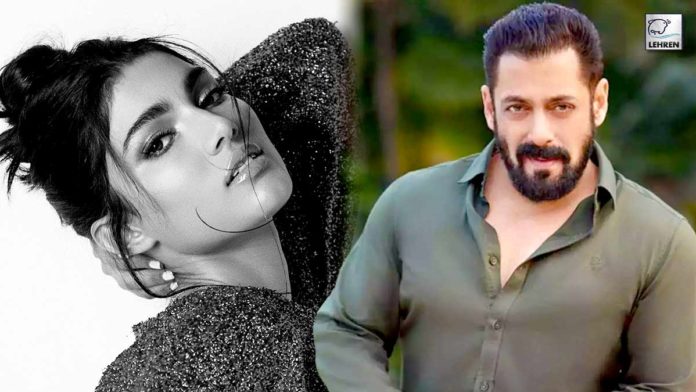 Salman Khan's niece Alizeh Agnihotri is all geared up to make her Bollywood debut in 2023 with Soumendra Padhi’s film.

Bollywood actor Salman Khan’s niece Alizeh Agnihotri is all geared up to make her debut in the Bollywood industry. As per the latest reports, Alizeh will be making her debut in 2023 with filmmaker Soumendra Padhi’s film. Alizeh started shooting for her debut film this year which is expected to hit the screens in 2023.

Who Is Alizeh Agnihotri?

Alizeh on the other hand is known for directing Manoj Bajpayee starrer Budhia Singh – Born to Run, the famous Netflix series Jamatra, and others. Alizeh is now getting ready to make her debut in the film industry as an actor. As per a Pinkvilla report, Alizeh’s parents and actor Salman Khan believe that Alizeh is ready to make her debut in the industry now. As per the report, Salman Khan’s niece has chosen an offbeat script for her debut film. Her first project is helmed by Soumendra Padhi.

Apart from acting, it is also believed that Alizeh took an interest in dancing. She was even trained by the renowned Bollywood dancer Saroj Khan, sharing a post after her demise Alizeh wrote, “master ji was my idol. When i first started training with her, i would get upset easily because i couldn’t do justice to her choreographies. i would look at her ashamed and say “I’m not like the other girls. I’m not confident”, to which she would laugh and respond ‘anybody can be confident. I’m teaching you how to dance.'”

Meanwhile, on the work front, actor Salman Khan was last seen with his brother-in-law Aayush Sharma in the film Antim: The Final Truth. Salman will soon be seen with South actress Pooja Hegde in Kabhi Eid Kabhi Diwali which is titled as ‘Kisi Ka Bhai Kisi Ki Jaan’. Apart from this Salman will also be seen with Katrina Kaif in the third installment of his popular film Tiger 3. He will also be seen making his much-anticipated cameo in Shahrukh Khan’s film Pathaan.