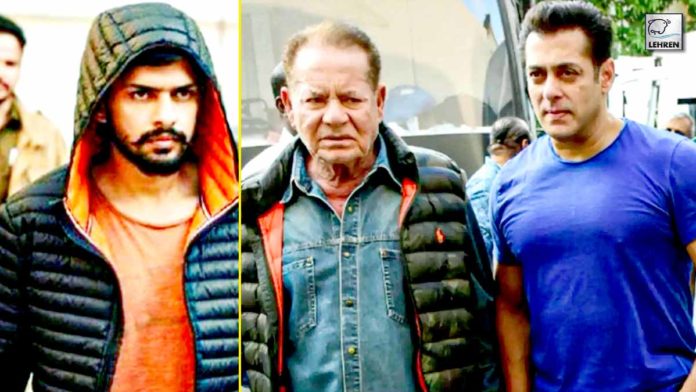 Bollywood actor defies having received any threats and having enmity with anyone, the actor also reveals about knowing the gangster Lawrence Bishnoi.

After the murder of the popular late singer and politician Sidhu Moose Wala, Bollywood actor Salman Khan and his father Salim Khan received a death threat letter from the gang which killed the late singer. Since then both the celebrities are kept under tight security. The security has been beefed up for both father and son to keep them safe. While after the police investigation the actor revealed about knowing the gangster and not receiving threats.

Bollywood actor Salman Khan on Tuesday revealed in a statement that he didn’t receive any threat from anyone. He also stated that he didn’t have any disputes or issues with anyone recently. Just a day before Salman made this statement, Bandra Police registered a case against an unidentified person after a threat letter was received by Salman’s father Salim Khan. The actor said, “I have not got this letter. My father got this letter while on a morning walk. I have no recent enmity with anyone. I don’t have any solid reasons to doubt anyone.”

According to the reports, the Bollywood actor also revealed knowing the gangster Lawrence Bishnoi. As the actor has earlier received a death threat in 2018 during the trial of his blackbuck case. Apparently, the gangster Lawrence Bishnoi, who earlier took the responsibility for carrying out Sidhu Moose Wala murder, has now flat denied having any relation with the death threat letters sent to the Kabhi Eid Kabhi Diwali superstar and his father.

Salman Khan was recently spotted in IIFA hosting the awards. On Sunday, Salman Khan’s father Salim Khan received an anonymous letter threatening them both. This comes after singer Sidhu Moose Wala was killed on May 29. According to reports, Salman will be going to Hyderabad to shoot for his next film Kabhi Eid Kabhi Diwali. While his film title has been changed to ‘Bhaijaan’ now. According to the reports, the will be flying with his whole team to shoot for the film, the filming has been scheduled for approx 25 days. After the shoot, the actor is reported to join the team of Tiger 3 and shoot in Mumbai.