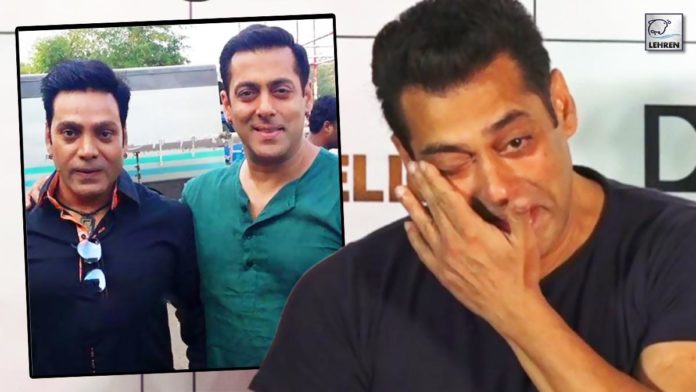 Salman Khan took to his social media and mourned the sudden demise of his body double Sagar Pandey. Read the details.

Salman Khan took to his Instagram yesterday and mourned the demise of his body double Sagar Pandey. He had worked with Salman in over 50 films. According to the reports, he passed away while working out at the gym on September 30. Salman posted a picture with Sagar and penned an emotional caption. He wrote, “Dil se shukar adda kar raha hoon for being there with me . May your soul rest in peace brother Sagar. Thank u.”

Sagar was 45-50 years old. He collapsed while working out at the gym yesterday. He was immediately rushed to a hospital in Jogeshwari East, Mumbai but was declared dead by the doctors.

Recently, comedian Raju Srivastava passed away as he also collapsed while working out at a gym in Delhi.

Meanwhile, Salman Khan is gearing up for Bigg Boss 16. The show will premiere tonight (Oct 1) on Colors channel.