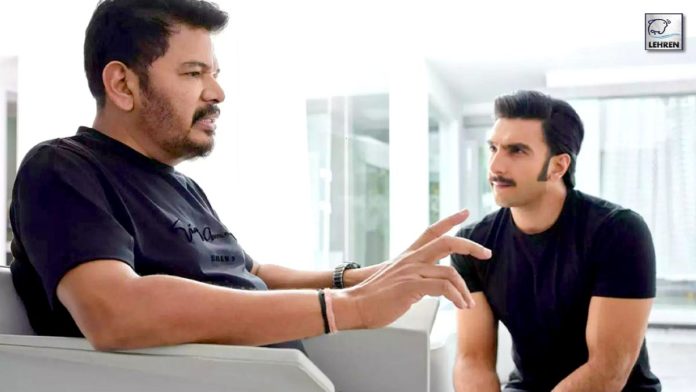 With the evolving time in Indian cinema, Bollywood and south film industries are joining hands. Both are coming together to make pan-India projects. Films are now being made on a larger scale and for varied audiences to watch. In recent times many ace filmmakers and actors have collaborated on big projects. Now latest reports suggest that S Shankar and Ranveer Singh are going to team up for an upcoming pan-India project.

If these reports are to go by, South’s visionary director S Shankar and Bollywood superstar Ranveer Singh will work on a film together. Pinkvilla reports the duo is aiming to create the biggest pan-India cinematic event after Basahubali. This upcoming cinematic project will be an adaptation of iconic Tamil epic Novel ‘Velpari’. For the unversed, Velpari is considered to be an important part of Tamil Literature.

A source close to the development reported, “Shankar wants to make the biggest pan-Indian film by bringing one of the biggest superstars of our generation, superstar Ranveer Singh, to helm this ambitious project – a grand cinematic adaptation of the iconic Tamil epic Velpari.”

The source further added, “The novel has everything to offer – from a larger-than-life hero to incredible life lessons, to a heart-touching love story and magnificent visual-effect sequences whose scale will set the next benchmark of action spectacles in India. It is the wholesome nature of this novel that has got Shankar and Ranveer to come together for this collaboration.”

“The story is so vast and complex that all the aspects can’t be covered in one film. Shankar has devised a screenplay that lends itself to a three-part film. He intends to start shooting for the first part from the middle of 2023. This would be the biggest film of Shankar and Ranveer’s filmography to date,” the source concluded.

These are the media reports and we hope this collaboration comes fruitful. So far, neither the makers nor the actor has made an official announcement. Last year S Shankar announced an official adaptation of the cult blockbuster Anniyan with Ranveer Singh. The project was supposed to go on floors from mid-2022, but there is no report regarding the same.