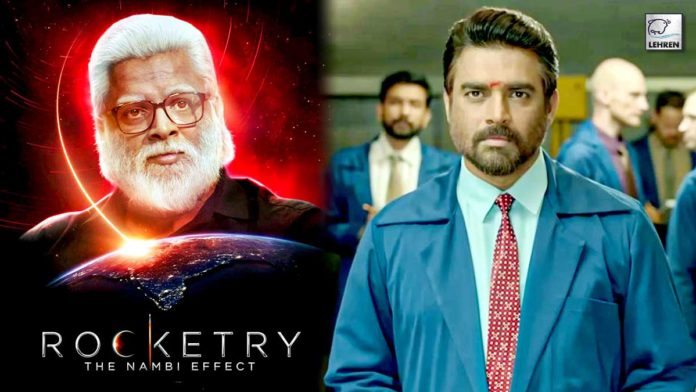 Actor Maddy thanked the audience for watching Rocketry: The Nambi Effect - a film on the life of scientist Nambi Narayan

R Madhavan donned a director’s hat for the first time with Rocketry: The Nambi Effect. The movie is a biographical drama film based on the life of a former ISRO scientist and aerospace engineer Nambi Narayan. Rocketry has so far collected approximately 30 crores at the box office.

The film unravels the truth behind the spy scandal that accused Nambi in the ISRO espionage case bringing a storm in his life. The marketing elephant – strong word of mouth helped the film after a slow pace start. It enjoyed widespread recognition after three days of release on July 1. The film is maintaining a persistent pace at the box office and holds a 9.3 rating on IMDb.

Actor Maddy thanked the audience for watching the film as his seven years of sweat and hard work paid off. He said: “In these times when biopics about gangsters and scamsters are getting audiences’ attention I am grateful that people made time to see a biopic on a scientist who gave his blood sweat and tears to make our nation proud.”

“It’s seven years of penance finally paying off. I was repeatedly told to introduce songs and fights into Nambi Sir’s story. Can you imagine Nambi Sir singing and dancing and fighting? Sorry, I would have preferred to not make the film rather than dilute the story of a man who refused to buckle under pressure,” says Madhavan.

The Rehna Hai Tere Dil Main Actor vowed to not direct any other film after Rocketry, calling it the first and last directorial. He who aims to focus on acting said: “No more direction for me. I was born to face the camera. I had to wear the director’s mantle because there was a story that I had to tell.”

On being asked if he would like to make a biopic of his own life? Madhavan questioned what phenomenal he did to be filmed. “Are you kidding? What have I done that is so remarkable? Honestly, we give too much attention to film actors in this country. We should make more films about unsung heroes, not the singing heroes on screen.”

R Madhavan who directed, wrote, and produced the film also played the lead role of Nambi Narayan – former scientist and aerospace engineer of the Indian Space Research Organisation. The movie is a work of an ensemble cast like Simran, Rajit Kapur, Phyllis Logan, Vincent Riotta, and more. The film was released worldwide on 1st July in six languages namely Hindi, English, Tamil, Telugu, Malayalam, and Kannada.