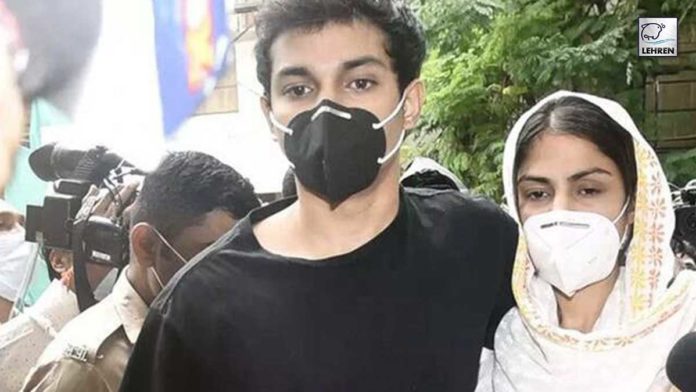 During interrogation with Narcotics Control Bureau, Rhea Chakraborty has confessed that she was involved in procurement of drugs.

Actor Rhea Chakraborty has finally made a confession during the interrogation of Sushant Singh Rajput’s death case. After several rounds of rigorous grilling by the Narcotics Control Bureau, Rhea confessed that she and her brother Showik were involved in the procurement of drugs. However, she also said that they arranged drugs for Sushant.

She admitted that the chats from March 15, where she and her brother were talking about the drugs, were real and that they were implying at procuring drugs for Sushant through her brother. Rhea said that she was aware that her brother used to arrange drugs from drug dealer Basit.

She also confessed that she was also coordinating with drug peddler Zaid along with Showik. Rhea said that she knew about Samuel Miranda who bought drugs from Zaid Vilatra on March 17 this year.

Showik Chakraborty is already in the custody of NCB and most likely, Rhea could be arrested too.

Rhea had earlier said on National Television that she has never consumed drugs in her life. She also said that she is ready to take the drug test. She also alleged that it was Sushant who regularly used to take drugs and she always tried to stop him.

Meanwhile, Rhea’s lawyer Satish Maneshine said that the actor is ready for her arrest. Blaming the media trials and witch hunt, he said that Rhea only loved Sushant and now she will have to pay the price for her feelings. ANI quoted him,  “#RheaChakraborty is ready for arrest as it’s a witch-hunt. If loving someone is a crime she’ll face the consequences of her love. Being innocent she hasn’t approached any court for an anticipatory bail in all cases foisted by Bihar Police with CBI, ED & NCB: Satish Maneshinde, her lawyer”