Rhea Chakraborty Gets Interrogated By NCB For Eight Hours 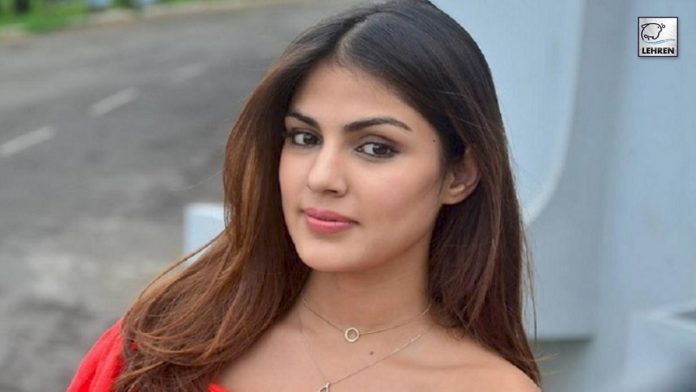 Reportedly, Rhea Chakraborty was interrogated by NCB for eight long hours. The Narcotics Control Bureau is probing the drug conspiracy angle in the Sushant Singh Rajput case. Read below to know more.

Following the shocking revelations in the Sushant Singh Rajput case, the matter has become murkier than it was before. Apart from the CBI and the ED, the Narcotics Control Bureau is also probing the case for a possible drug angle. The recent update suggests that Rhea Chakraborty got interrogated by NCB for eight straight hours.

Rhea Chakraborty was interrogated by the NCB for the alleged WhatsApp chats screenshots that went on the social media platforms.

The chats hint that the Jalebi actress and a few other close friends of Sushant Singh Rajput had some connection to drug-related issues.

The actress arrived at the Ballard Estate office of the agency on Monday at 9:30 AM only to leave at 6 PM. Needles to say, the details of the questioning haven’t been disclosed. So far, around 9 people have been taken into custody in the drug-related angle. Among the 9, around 7 have a direct link to the case.

Rhea Chakraborty has been accused of several allegations in the past few months following SSR’s untimely death. The actress till now has recorded her statements for NCB, CBI, and ED. Till now there has been nothing suspicious in Rhea’s activity.

On the other hand, an FIR has been lodged against SSR’s sister, by Rhea. The complaint is in regards to the fake medical prescription in discussion over a week and a half.

The CBI is working in full swing and is trying to probe every angle that may have led to Sushant Singh Rajput taking the drastic step. Reportedly, the CBI officials even recreated a dummy crime scene to rule out the possibility of a foul play.

Meanwhile, all of Sushant’s fans, friends, and family members are rooting for justice to be served to the late actor. Everyone is hoping that the culprit will be revealed soon.